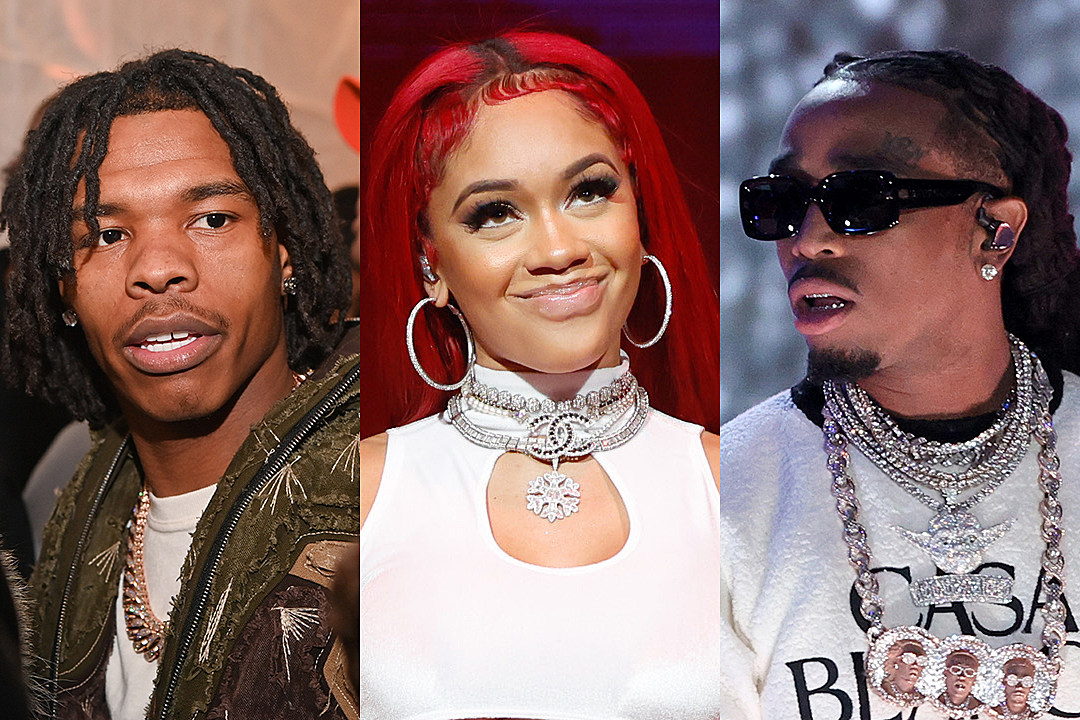 As we should know by now, Saweetie is nowhere near above a publicity stunt. With a new single on the horizon, her causing a stir with this little photo is conveniently right on time.

Is Saweetie trying to low-key reveal the identity of her new man or is she simply trying to gain some traction for her new single that drops this Friday? For weeks, the rapper has been linked to Lil Baby but now that he’s back together with Jayda Cheaves, Saweetie has seemingly moved on with another man. However, she’s keeping his face under wraps as she seemingly rolls out her relationship reveal slowly.

On Tuesday, the “twerking it for a icy chain” rapper had her followers in “guess who” mode after posting a photo of herself getting very close to her male friend, seemingly showering him with kisses on his forehead and all over his face. While we can see only the man’s ear, the corner of his eye, and the color of his skin, some fans are taking wild guesses at his identity in the comments.

So far, the most common guesses are for Saucy Santana (lol), who has hung around Saweetie in the past, and Damson Idris, who was wrapped up in dating rumors with the rapper last year. Another name that people are theorizing is Woody McClain, who stars as Cane Tejada on Power Book II: Ghost. McClain recently shared an image with a snowflake emoji — Saweetie’s signature — so it could make sense.

Now, I’m going to be honest with you all and remind you that Saweetie’s new single featuring HER drops this coming Friday. So this is probably a shot from the video to get y’all talking about her, but I digress. Are you taking this seriously? Who do you think it may be?