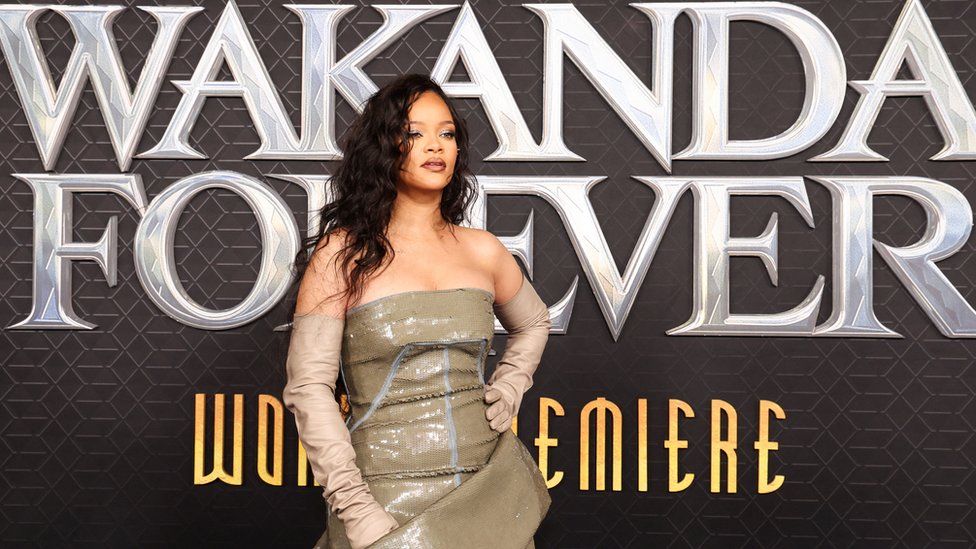 I think many expected our first offering from Rih in 6 years to be commanding us twerk a little something… but instead she’s tugging at our emotions. And for what it is, I’m here for it.

After six years of waiting, Rihanna Navy can finally rejoice. On Friday (October 28) the Barbadian beauty finally gave us something that isn’t another highlighter for our cheeks, or panty for our booty meat, and released her highly anticipated single “Lift Me Up,” as part of the soundtrack for the upcoming Black Panther sequel, Wakanda Forever.

The heartwarming single reminds fans what they missed most about the bad gal’s raw, unique vocals. While Rihanna is said to have co-written the ballad Nigerian artist Tems, Oscar winner Ludwig Göransson, and Black Panther director Ryan Coogler also helped co-write the track.

Earlier this week, Tems revealed that the song would act as a tribute to the late Black Panther himself, Chadwick Boseman. She also spoke about co-writing with Rihanna, sharing, “After speaking with Ryan and hearing his direction for the film and the song, I wanted to write something that portrays a warm embrace from all the people that I’ve lost in my life,” she said. “I tried to imagine what it would feel like if I could sing to them now and express how much I miss them. Rihanna has been an inspiration to me, so hearing her convey this song is a great honor.”

The single has seen some mixed reaction online from some who claim to be disappointed, but I think those folks should look at the bigger picture here. This isn’t meant to be the launch of Rihanna’s upcoming, this is a soundtrack single, paying tribute to a star gone way too soon while also getting Rih’s feet wet while her album and big Super Bowl half time show approaches. Take it for what it is and let us know what you think, ISSA BOP OR ISSA FLOP?