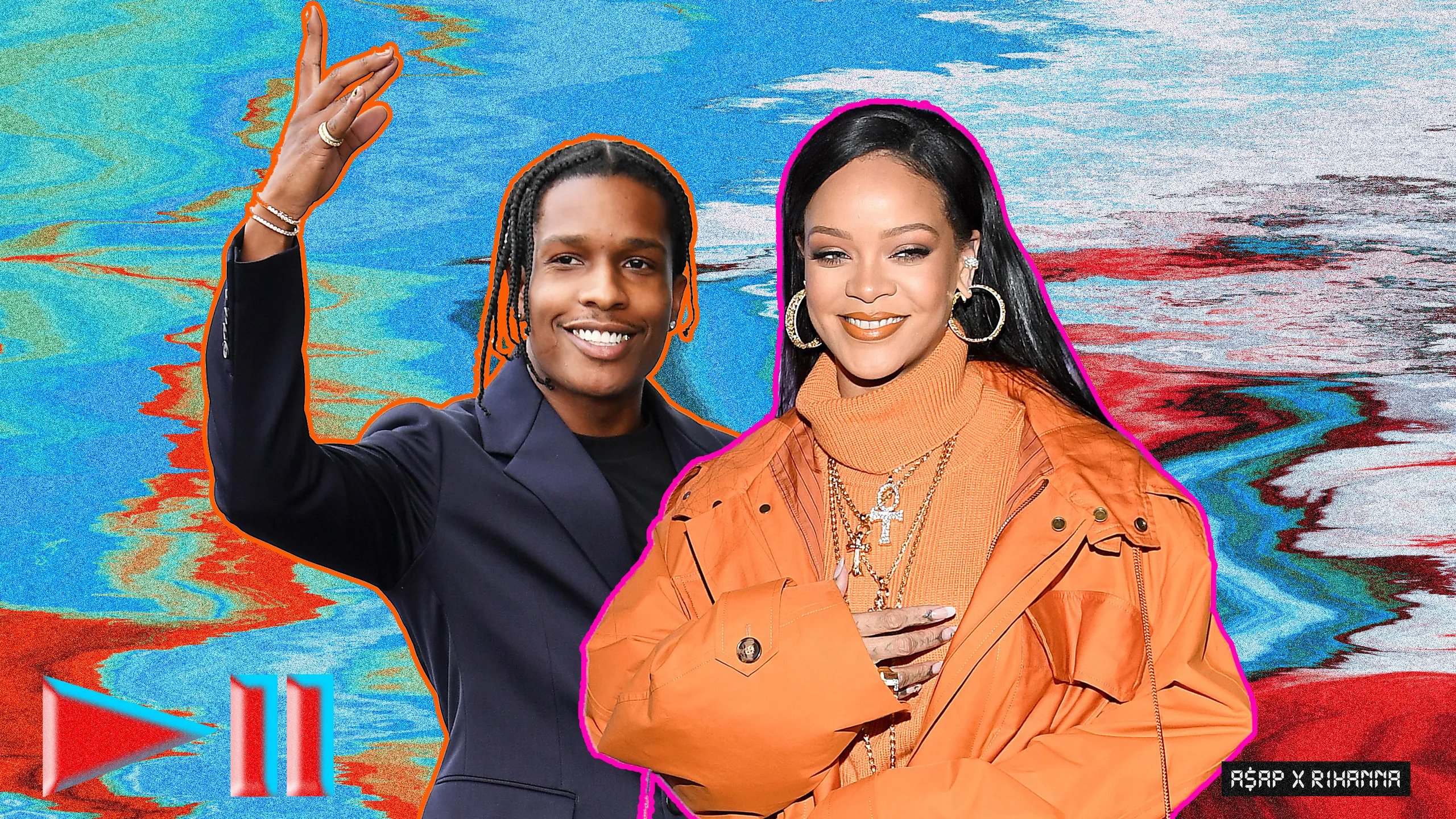 Could Mamihanna be ready to finally hit us with some new music, simply supporting her man in studio, or listening to the new jingle for the next coming venture of her Fenty empire? With Rih Rih who knows, but we’ll take whatever she gives us.

Rihanna and A$AP Rocky have been a busy duo following the birth of their first son together. Aside from navigating parenthood, the couple has also been spotted out on the town a lot more in recent weeks, as well as at a Los Angeles studio, sparking some speculation that the 34-year-old Barbadian singer could be putting in work on her long-awaited follow-up to 2016’s ‘Anti.’ Yes, that was way back in 2016.

As TMZ reports, on Friday (September 16) night, the Fenty Beauty founder and her famous beau stepped out in casual attire, her wearing an oversized brown jersey and baggy light-wash jeans paired with pointy heels, a denim purse, sunglasses, and a selection of silver jewelry.

Seeing as Rocky was also in attendance, it remains unclear whose music they were working on – or if we can expect any collaborations from the celebrity couple in the future – but regardless, fans are pleased to see Rih once again honing in on the craft that initially helped her rise to fame.

Aside from the potential of an album on the way, the New York native has also been dealing with his ongoing case against A$AP Relli, a former friend who’s alleged that Rakim Mayers shot at him during a Hollywood argument last year, resulting in bullet fragments reportedly grazing his hand. For his part, the 33-year-old has been denying the allegations, alongside his new lawyer, Joe Tacopina.

“Rocky didn’t commit a crime,” the attorney told TMZ yesterday. “It was an extortion attempt by a former associate, who threatened to make false criminal accusations if Rocky didn’t pay him.”

Tacopina also claimed to have “two eyewitnesses who back [his client’s] story,” stating that not only were there no bullet fragments but also no shot was ever fired. According to the rapper’s legal team, Relli made up the story as a “get rich quick scheme.”

Take a look at the footage of Rih being caught tipping in the studio followed by some hopeful fan reactions below. Do you think we’re getting new Rihanna anytime soon?

I ain’t falling for this. She recording nursery rhymes for her kid. She done with us!!

I literally have no reaction seeing Rihanna visiting studio. Lost all my senses ✨ pic.twitter.com/dGXc7EBQRs

It’s so funny watching the navy struggling not to be excited every time Rihanna is near or in a studio😭 pic.twitter.com/RwYdg1xI3x

Live look at rihanna at the studio pic.twitter.com/GZzk75zsEB

Rihanna heard that periodt ahh song and decided to head back into studio.#MusicWithDME pic.twitter.com/iYZvI7vywp

Rihanna when they ask if she at the studio pic.twitter.com/053f6HvSzr