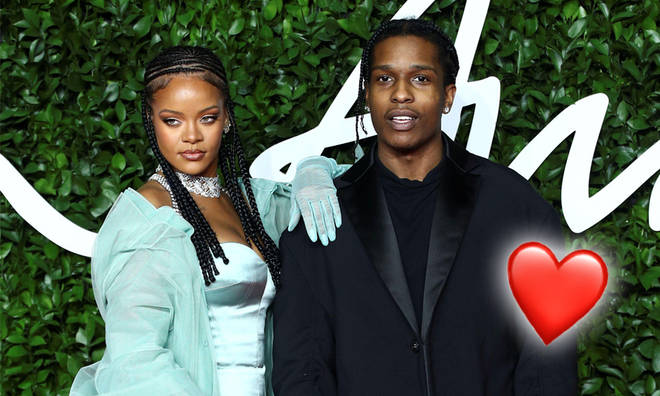 Shortly, we’ll start seeing many on social media claiming they “knew it,” when the truth is that the internet has had an obsession with falsely impregnating Rihanna for over a decade. It just so happens that now, the Bajan billionaire beauty really does have her first bundle of joy on the way!

SOS, Rihanna Navy! Fans have been hungry for the gift of an album from Rihanna for quite some time now as the mogul has been focusing on the success of her numerous business ventures such as her Fenty Beauty and her Savage intimate clothing line, but I can imagine Rih’s focus is about to shift even more (and I honestly couldn’t be more happy for her), as she has officially confirmed that she’s pregnant with her first child with boyfriend A$AP Rocky.

In true Rih fashion the announcement was made in a rather cool and laid back way compared to most big celebrity announcements. As we saw the confirmation come courtesy of a cute shoot of the couple taken in New York City over the weekend by celebrity photographer Miles Diggs also known as Diggzy where Rih can be seen showing off her growing baby bump as A$AP kisses her forehead. (You’ll have to see the photos elsewhere because without paying the $1500 per photo licensing fees, the photography team may come for you)

This pregnancy news comes two years after the longtime friends ignited romance rumors. The speculation, which followed shortly after her split from Hassan Jameel, started after the stars were spotted spending time together in NYC…a LOT. However, at the time, Rihanna wasn’t looking for a serious relationship. As one source explained to the folks over at E! News in 2020, “Rihanna is single. She just got out of a long intense relationship with Hassan. She’s wants to be single and isn’t going to jump into something. She’s hanging out with ASAP Rocky, but she is not dating him.”

Over time though, the sparks between the Rihanna and A$AP became hard to deny and they eventually embraced their status as one Hollywood’s most watched couples.

As someone who has followed Rihanna’s career since the very beginning, it’s really dope to see her journey as she continues to grow both in business and professionally. Best of luck to the happy couple as they prepare for their first kid together, with Rihanna as a mommy I just knows that’s about to be the coolest damn kid on the block. Thoughts? Check out the reveal photos below: