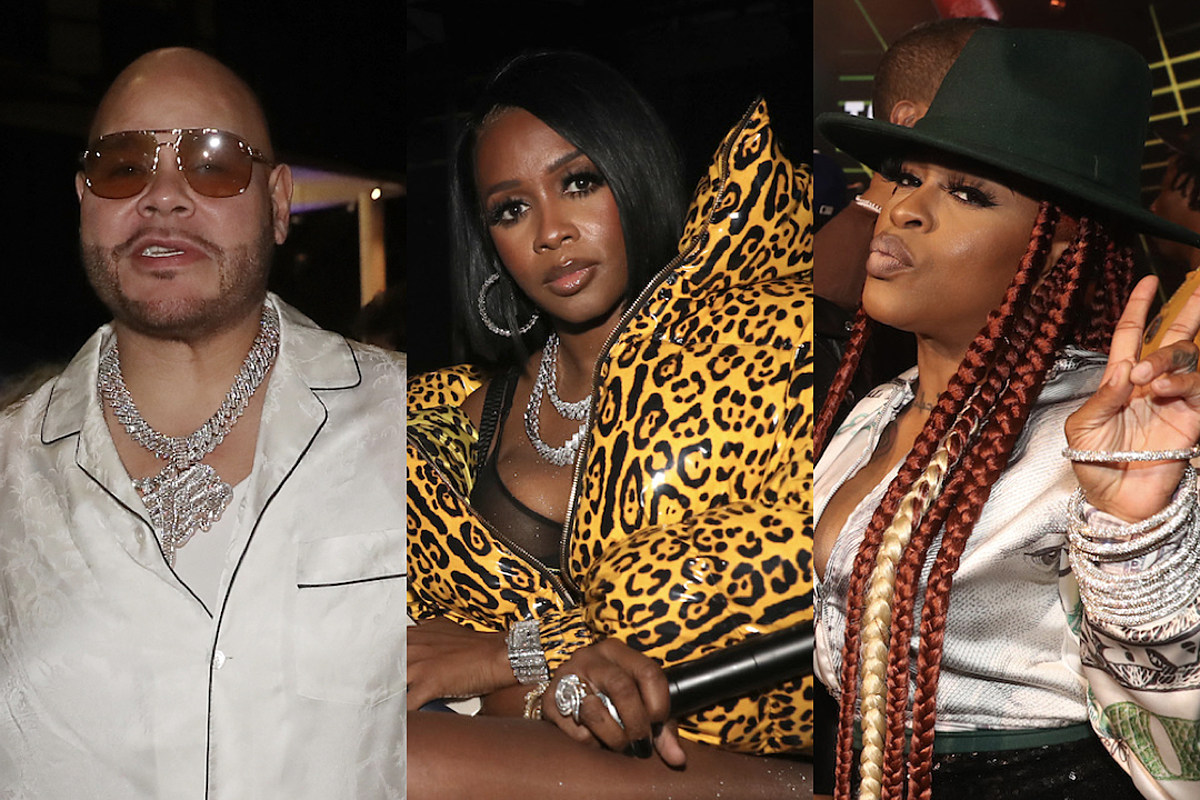 As a feminine, black, gay man who often see’s people being less than understanding about issues affecting my communities, I don’t believe in telling anyone how to feel when it comes to them saying they’ve been offended or disrespected. I do however have to raise an eyebrow when it seems the intent is starting to look like you want a media spectacle rather than resolution. After Lil Mo calls what apparently would have been a third apology from Fat Joe, Remy Ma steps in to de-escalate the tension.

Though the Verzuz battle between Fat Joe and Ja Rule was more or less a drama-free affair (though a 50 Cent appearance was actually rumored for a brief spell), one of Joey Crack’s trash-talk comments ultimately cut deeper than he might have expected. After Ja brought out Lil Mo and Vita to perform “Put It On Me,” Fat Joe wrote them off with a cold brush of the hand. “Oh, them dusty b*tches,” said Joe, speaking on Mo and Vita. “You had to go to the crack house to find them b*tches.”

Later, Lil Mo responded with disappointment, prompting Joe to issue a quick apology on social media. “Shout out to the ladies very sorry if i disrespected i love vida and lil Moe I’m super sorry love my sisters,” he wrote, though it wasn’t quite sufficient enough to meet Mo’s standards of sincerity. “I need everyone to tell Fat Joe he owes a genuine apology,” wrote Mo. “I don’t live in a crackhouse, I’m not a b*tch, nor am I dusty.”

Evidently, Mo’s claim did not sit well with longtime Joe loyalist and collaborator Remy Ma, who slid into the comments to de-escalate the tension. “Stop it Mo, you know damn well Joe ain’t on it like that,” begins Remy. “First of all, you V, Shanti, or nobody had come out yet — when he and Ja was going back and forth; we didn’t know who was in the back.” “Showed mad love as usual…No need for your followers to tell him anything, as someone that personally knows you I’m sorry you were offended – you can call my phone ; matter fact I’m gonna DM you my number in case you don’t have it anymore – but also as someone that personally knows Joe he was not intentionally trying to hurt anyone. It was a battle between friends that are like family.”

Joe also slid into the comments to double down on his apology, making sure that Mo got the sincerity she was seeking in addition to mentioning that he had actually apologized to her backstage as well which makes one question why we’re now on the internet with this anyway? “I’m super sorry I love you and vida,” he writes. “I said sorry to your face before I left the building and to Vida I was caught in the moment and I’m super sorry god bless.”

Vida seems to be taking thing a little less seriously, hinting on her Instagram that she didn’t realize what Joe apologized to her for last night until she saw the internet’s commotion. Take a look below and let us know what you think. Don’t get me wrong..Joe was dead wrong. But does Joe need to continue apologizing? Is Lil Mo just looking for a moment? What exactly should be the resolution?