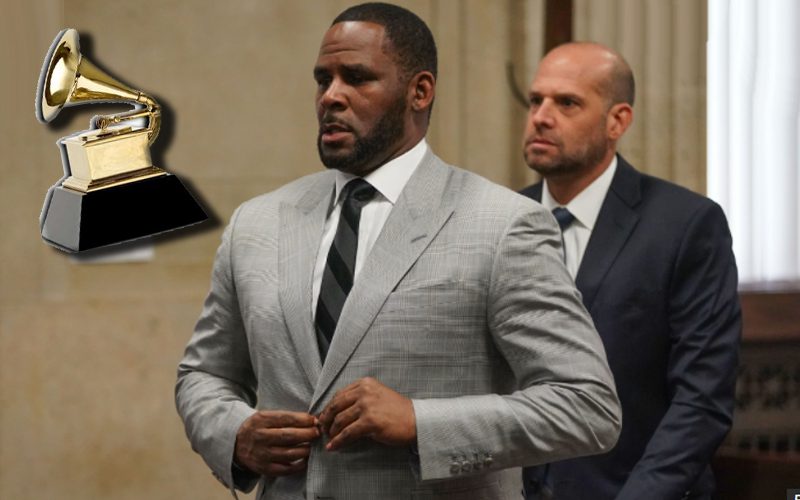 Despite what “they” said, Robert gets to hold onto his pissy little Grammy’s as this time, his three Grammy awards for “I Believe I Can Fly” will not be taken back.

There has long been a debate as to whether consumers and critics should separate an artist’s art from their personal lives and controversies, and apparently, the Recording Academy has been forced to have the same conversation when it comes to R. Kelly, who was found guilty in his federal sex trafficking case in New York last month.

It was recently reported that YouTube permanently suspended the disgraced R&B artist’s YouTube channels and banned him from creating any new ones in the future, and as fans have called for R. Kelly’s three Grammys — all of which were won in 1998 for “I Believe I Can Fly” — to be revoked following his guilty verdict. Now, the Recording Academy has offered their stance on the matter.

According to REVOLT, R. Kelly’s Grammys will not be rescinded for the time being, and the Recording Academy’s CEO Harvey Mason Jr. has spoken about the academy’s decision to not rush and revoke R. Kelly’s awards.

“I think it’s something that we’re going to need to take a good hard look at, have a lot of conversations about, work through and make a decision,” Harvey Mason Jr. explained to The Chicago Sun-Times. “But right now, I think it’s something that is going to take a little bit more consideration before we can really dictate or decide. My initial feeling is we’re probably not a business that we want to be in of taking people’s awards back after they’ve been given. But we’ll take a good look at it and see.”

Harvey Mason Jr.’s comments arrive amidst a surge in R. Kelly’s music sales as well as the convicted artist’s placement on suicide watch, so the Recording Academy is certainly in an awkward situation at the moment. If they do eventually opt to take back R. Kelly’s three Grammys, they will set a precedent similar to the Kennedy Center Honors, who revoked Bill Cosby’s award in response to his guilty verdict in 2018, only for it to be overturned three years later.

What do you guys think of this? Should the Grammy’s snatch back their trophies? I’m a little torn because I personally don’t listen to Kelly anymore because I have trouble listening to him singing about sex and knowing he was probably lusting over a child. However, “I Believe I Can Fly” was a good song which is what it won for so…idk. This is tricky for me. Thoughts?