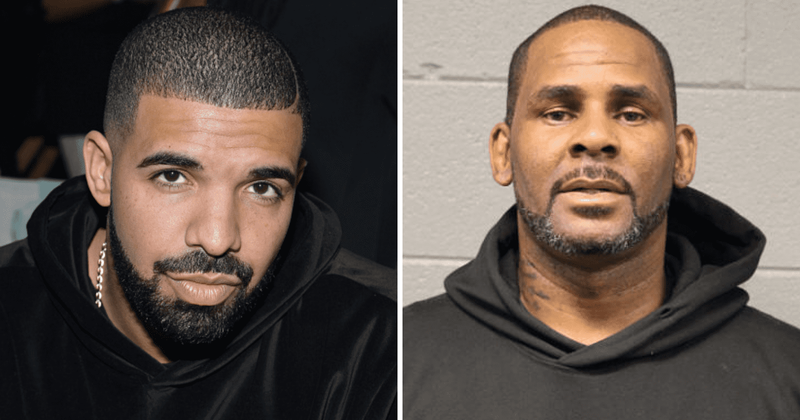 Y’all smell that? It’s another R. Kelly debate. Every couple weeks we see folks debate on if an artist really should be separated from their music after their career has been tarnished by acts in their personal life. Robert Kelly almost always seems to be a topic in these conversations.

Despite his current sex trafficking and racketeering trial, R. Kelly is still earning songwriting credits on some of the biggest albums to release this year. It has been revealed that the disgraced R&B singer has a co-writing credit on Drake’s new album Certified Lover Boy for the song “TSU,” which has a sample of “Half on a Baby.”

Considering Drake’s love for Aaliyah, many fans have voiced their confusion regarding the sample. Kelly’s contribution to the album comes via the sample, and on the same song, Justin Timberlake is also credited. However, because of Kelly’s involvement, nobody is quite sure what to make of “TSU.”

While DJ Akademiks has crowned the song an instant classic, many are conflicted about even listening to “TSU” because of how controversial Kelly has proven to be. Perhaps this is Drake’s way of one-upping Kanye West, who included Marilyn Manson (an accused rapist) and DaBaby (a homophobe) on his album.

Among the other samples, Drake interpolated songs from The Notorious B.I.G., Right Said Fred, The Beatles, and others for CLB.

R. Kelly is presently one of the biggest trends on Twitter as fans continue to learn of his credit on the album. Take a look at what people are saying below and let us know what you think. Do you see anything wrong with this or are you able to “separate” the artist from their work?

Y’all lightskin father sampled an r kelly song for a song about college girls? Lmfaoooooooooo how long y’all gone keep pretending he not a predator?

R. Kelly, while currently on trial for sexual abuse of countless Black women and girls, is going to be making money off the most anticipated album of the year thanks to Drake giving him a songwriting credit on #CertifiedLoverBoy

And that's why both #CLB and #DONDA are trash.

The biggest rappers got R.Kelly and Marilyn Manson album credits in 2021.

Drake’s Aaliyah tattoo staring at him as he samples R. Kelly: pic.twitter.com/q0ggGJV0y7