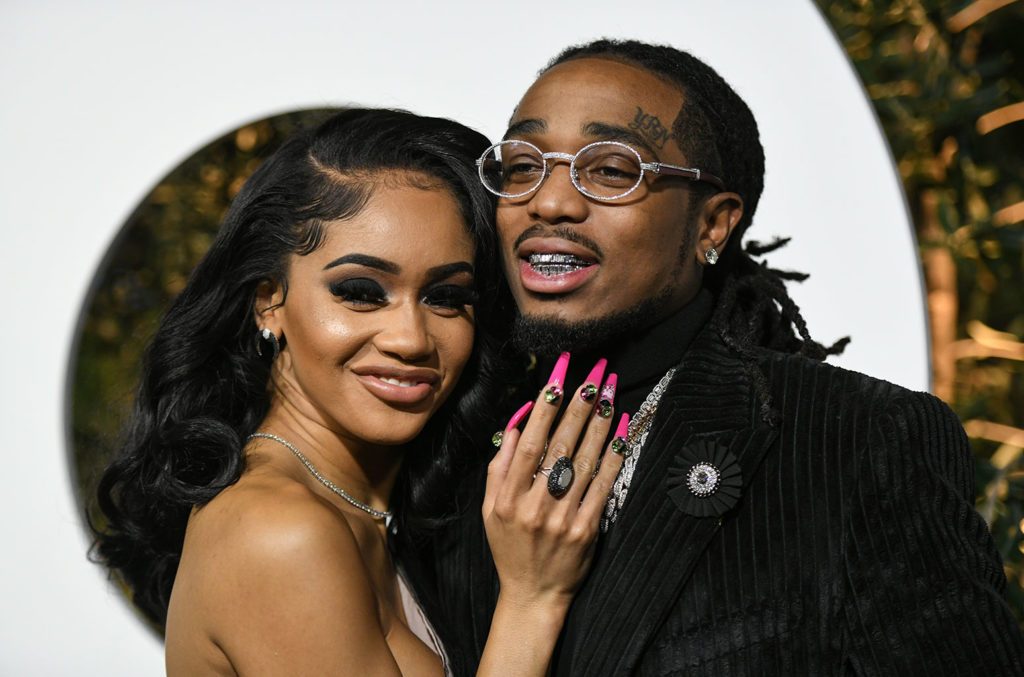 Chile, quiet as it’s kept we all have been on our make-up to break-up kick at some point, celebrity relationships just happen to take place in front of a much larger audience.

It was one of the loudest splits we’ve heard online in quite some time, with all types of shade, subtle song disses, and elevator fight happening after but could it be that they’ve moved on? Believe it or not, after their ugly split five months ago, there are rumors going around that Quavo and Saweetie are “quietly” spending time together again. Now let’s be clear, the rumors come following an original report by MediaTakeOut (so you know to take it with a major grain of salt) that Quavo purchased a New York City condo and registered it in Saweetie’s name.

Now, sources including DJ Akademiks and Hollywood Life are sharing the rumors, claiming that the former couple has been spending time together recently. Over the weekend, they both performed at Summer Jam, so they could have rekindled the flame there… or they could’ve just performed and left like everyone else.

So far, fans are pretty confused by the rumors, especially after that whole video leak that showed them getting into a scuffle in an elevator. Of course, there was also the drama involving her icy blue Bentley, which Quavo had repo’ed. The rumors are unconfirmed right now and we will keep you posted as more information comes out. Would you like to see these two work things out?

What’s the breaking point for you that you wouldn’t be able to come back from after an argument or split?