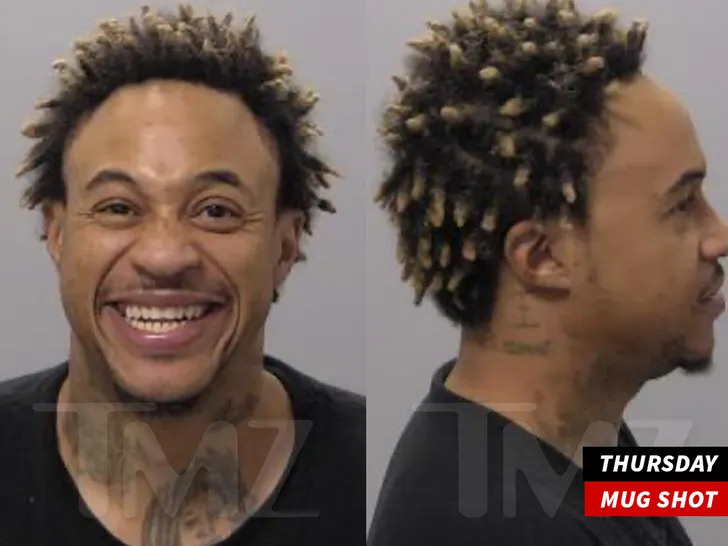 Though not even Raven could have predicted this future for her former co-star at one point, the sad part is this type of thing is now expected more so from Orlando than any starring roles.

Unless you’ve been living under a rock, it should pre pretty evident that Orlando Brown, former child actor and star of That’s So Raven, lost his god damned mind at one point. His career in the entertainment business has been uncertain for years now after several troubling reports pointed to some serious issues in the life of the 32-year-old man. There were videos being shared of him walking outside barefoot while drinking boxed wine, other instances where he accused Nick Cannon of giving him oral sex while dressed as a woman, to him then running around telling everyone that Bow Wow has “good booty,” and so much more. Needless to say, it’s been rough for him.

Though it was once believed Brown was making strides to get himself together, apparently that may not be the case as he finds himself in trouble once again. That’s right, the actor formally known as Eddie Thomas, is now looking at misdemeanor domestic violence charges in Ohio as he was apprehended following the Lima Police Department “got a call about a fight in progress,” according to TMZ.

The outlet reported on Friday that the actor’s alleged altercation was with a family member or another person living in the home, noting that Brown has been in Ohio for more than one month. Brown’s online booking record shows the charge as “domestic violence – cause belief of imminent physical harm by threat of force.”

As mentioned previously, this certainly isn’t Brown’s first encounter with the law. You’ll recall he was busted in his underwear on an outstanding warrant back in 2018. He was also arrested previously for narcotics possession and alleged burglary. I guess that Dr. Phil intervention didn’t work after all.

All jokes aside, I do really hope this man gets himself together. He was a staple in many of our childhoods and it’s unfortunate to see what he’s done with himself since. Thoughts?