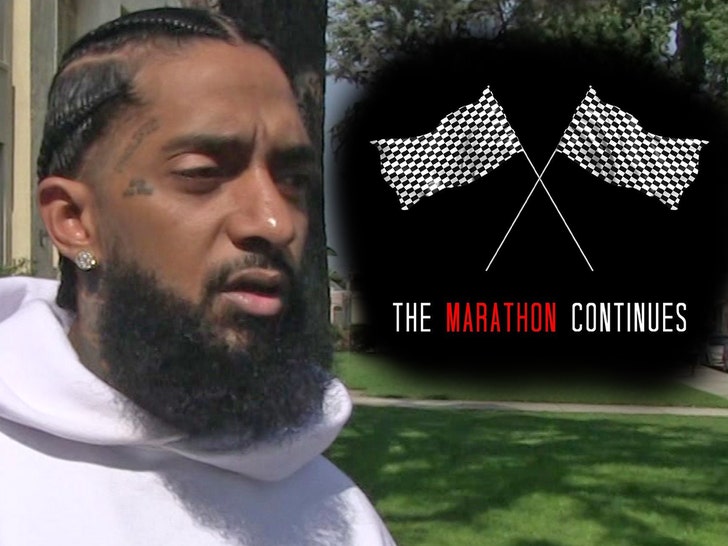 The widely-known organization flexes its legal muscles in trying to trademark “The Marathon Continues,” much to the displeasure of the late rapper’s family.

Already an association known to be entangled in rivalries, the Los Angeles, California-founded Crips have brought their pressure against an unexpected outlet: rapper Nipsey Hussle’s legacy. Hussle (born Ermias Joseph Asghedom) was a long-time Crip affiliate. He was shot and killed on March 31st, 2019.

The next day, April 1st, the official Crips LLC filed to trademark Hussle’s signature phrase, “The Marathon Continues,” coming from the same name of one of his early mixtapes. Samiel Asghedom, Hussle’s brother, provided backlash at the Crips’ application for the trademark.

According to Bossip, the LLC stated in response, “The Crips organization has long used the phrase ‘The Marathon Continues’ as our ideology slogan in the past. Ermias, became a well-known Crip and the phrase became popularized.”

The rekindling of this subject may surprise some, as corporate communications director for the Crips LLC, William King Hollis, is cited as having said last summer, “We are deeply sorry for any disruptions and melee that the trademark acquisition may have caused to his family, friends and fans.”

Additionally, Hollis claimed that he was in contact with Nipsey prior to his death and that they both concluded they should work on a collaboration involving the phrase.

The trademark application remains in court and has yet to receive a definitive approval or denial. What do you guys think? Is this something that should be dropped out of respect or should the gang be allowed to take this forward?