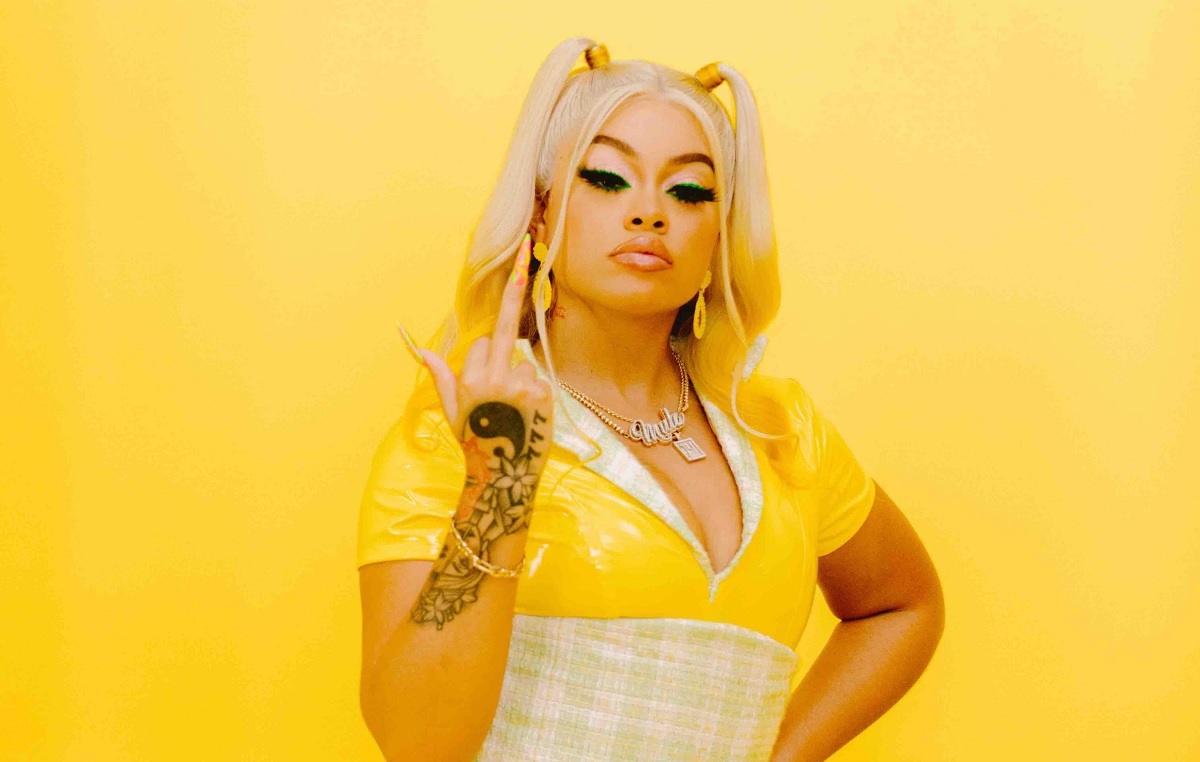 Mulatto is being accused of colorism after calling herself Black, despite previously saying that she doesn’t like to self-identify as Black or white.

Another day, another instance of the internet coming for an artist about their past. Many have always found Mulatto’s name to be pretty problematic. In the past, she’s been asked about it, as well as how she identifies, and she’s been ambiguous as to what she prefers. During an interview with VladTV, Latto said that she doesn’t “like identifying with anything specific” but if she has to, she would say she’s “bi-racial, mulatto, I don’t like saying I’m white or Black.”

In the midst of her current scandal, where she’s being accused of stealing a wig two years ago, Mulatto snapped back at a number of trolls who were dragging her down. One person in particular said, “I never liked this b*tch she wanna black so bad, hoe HUSHHHHHHH” about the rapper and, in response, Latto said: “I am black dumb ass b*tch. Who gone ‘hush’ me???”

Because of her previous comments about her identity and race, people are mad about the rapper being selective about when to self-identify as Black, accusing her of colorism.

“Didn’t you say that you’re not black or white in an interview?” asked one fan. “You identify as Mulatto? So you only claim black when it’s convenient???”

Didn’t you say that you’re not black or white in an interview? You identify as Mulatto? So you only claim black when it’s convenient??? https://t.co/mv7VgDxxlS

That sentiment was echoed by hundreds of fans who are now questioning Mulatto and accusing her of being opportunist when it comes to her self-identification.

Obviously, this is pretty touchy. On one end, it’s pretty messed up to come at someone over the way they self-identify. On the other, Mulatto has given out mixed signals to her fans, so it was pretty easy for them to bring back old interviews where she says otherwise.

How do you feel about this? Are people over reacting or is all this justified criticism? Peep more of the reactions below:

Mulatto: Hi, my name is…

So you’re telling me y’all didn’t think a girl named MULATTO would be ….. colorist?

Who could have predicted that a woman named Mulatto would change back and forth from considering herself Black or not depending on the interview/opportunity? pic.twitter.com/PAp7kuzg7j

She just started identifying with being called ‘black’ now that the majority of her audience is black.

She calls her dark skin friend a monkey.

“Mulatto” name is from white male slave owners raping and “marrying” black women and y’all surprised by this? Her stage name is literally a by product of the brutal inhumane acts faced by black women…that shit is cringeworthy..

The issue is Mulatto trying to profit from Blackness when it's convenient.

Nobody responded negatively to Saweetie and both her and Mulattoo share the same racial complex. The difference is Saweetie is a Black woman who even before fame/attention stood proudly in her Blackness.