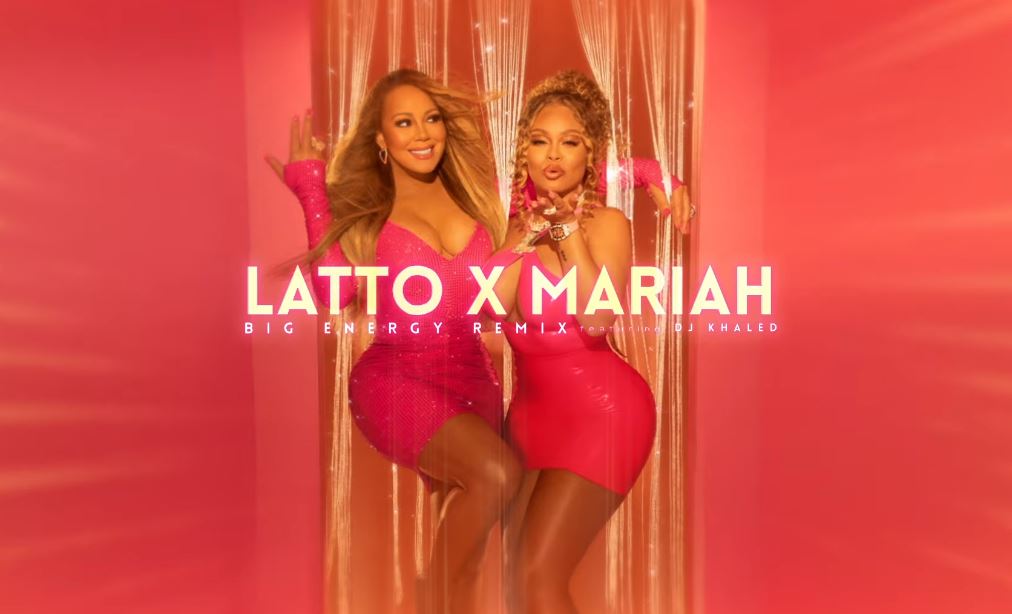 You know what, addition to being the queen of Christmas, vocals, and an extensive vocabulary, Mariah Carey is also the clear queen of remixes, dahling. It’s no secret that over the years the diva has been known to go to great lengths to deliver a spectacular remix, often re-recording vocals, penning new lyrics, shooting new music videos, and recording different versions to satisfy pop, R&B, hip-hop, and EDM audiences. So this moment isn’t just an amazing book for Latto, but a true treat for real Mariah fans.

Could Latto secure her first #1 single on the Billboard Hot 100 soon? That could very well be the case in the foreseeable future, especially with the momentum of these past few days. Her second studio album, 777, arrived on Friday, laced with features from Lil Wayne, Childish Gambino, 21 Savage, and more but it was her highly anticipated remix of her Top 20 hit ‘Big Energy’ that really has people talking. We shared exclusive news previously that Latto would soon be revealing that she had a remix to the track with the legendary Mariah Carey as well as DJ Khaled… and well, here we are.

The remix officially hit streamers today, marking a new career milestone for the Clayton County native. The single famously uses a sample from Tom Tom Club’s “Genius Of Love,” which Mariah later sampled and popularized on “Fantasy,” and Latto’s homage to Mariah comes full circle on the remix. The Queen of Christmas injects falsetto croons before DJ Khaled lends his vocals for a brief introduction to Latto’s verse. The remix to the song is more of a mash-up than anything since Mariah jumps into her verse from her 1995 single and later into the song’s hook, but it’s always nice to hear some new vocals from Mariah the Messiah so we’ll take what we can get. It’s also dope to hear DJ Khaled throwing it back to ODB’s infamous ad-libs from Mariah’s track as well.

Honestly, Mariah’s stamp of approval alone on the song is yet another win for Latto and the fans who’ve been riding for her since The Rap Game. Take a listen to the ‘Big Energy’ remix below and let us know what you think. Do you see this taking Latto to the top of the charts? ISSA BOP OR ISSA FLOP?