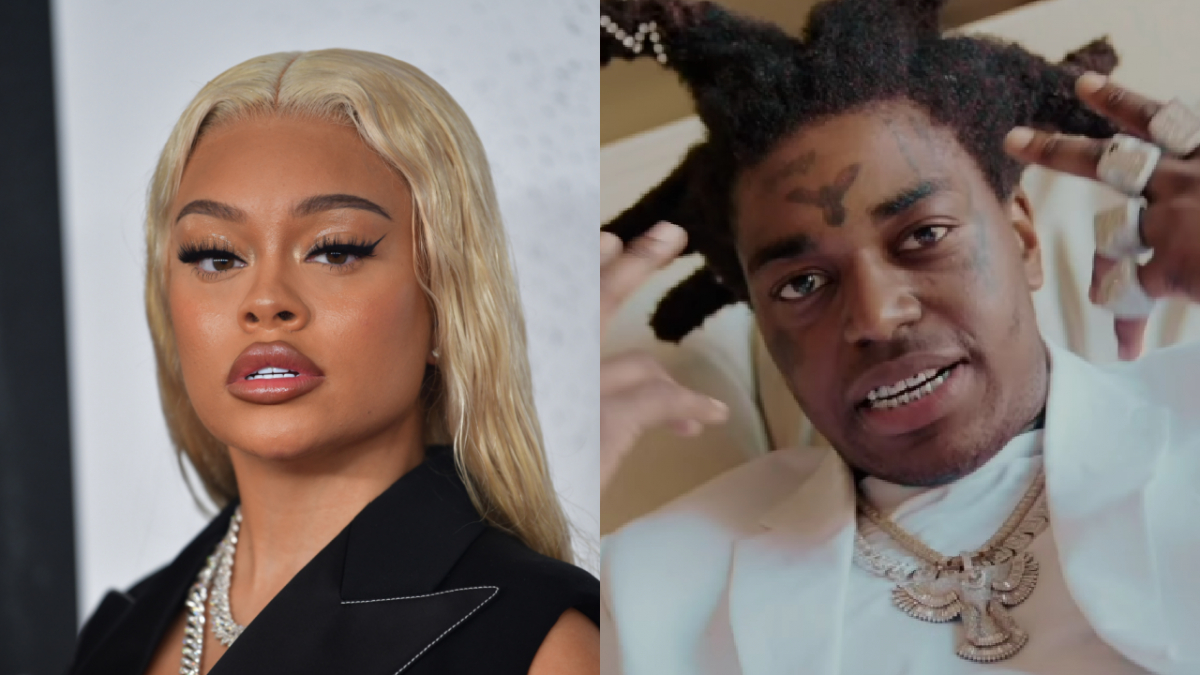 Lil Wayne, Childish Gambino, Lil Durk, 21 Savage, Nardo Wick, and Kodak are all on the album, but Kodak literally stated recently that he feels any female he works with should allow him to smash in return so.. this certainly isn’t far fetched.

We’re just days away from receiving a new album from Latto but its arrival has come with a few hiccups. The rapper will deliver 777 this Friday (March 25), but in a recent interview with Big Boy’s Neighborhood, she revealed that she experienced struggles while attempting to finalize the record. “I’m clearing my album right now, and it’s been difficult to deal with these men,” she said. “They don’t know how to keep it business.”

According to Latto, a man who is featured on 777 was making things difficult because she wouldn’t respond to his flirtations via DM. “We tolerate too much,” she added. “We think like, ‘Oh, well that just comes with the game, being a female rapper,’ but it shouldn’t though.”

Although Latto didn’t reveal the person’s name, adding that behind the scenes she’s been told it’s “bad for business,” people have speculated as to who it could be. Today, Latto dropped 777’s tracklist and as soon as fans saw Kodak Black was a feature, they immediately assumed that he was the person who was giving her trouble.

Last month, during his visit to The Breakfast Club, Kodak spoke openly about collaborating with women in Rap. According to him, he has to have sex with them, even his own female artists. “It depends on how y’all vibin’ and sh*t,” said Kodak. “Look, my female artists, this is how it is. ‘Cause I know n*ggas and sh*t like that, I gotta bust ’em. They ain’t gotta be my girlfriend but I’ma bust ’em.”

Latto has not confirmed that the Florida rapper was the person responsible, but folks have jumped in comment sections with their opinions. Kodak however took to Twitter to attempt to shut down the rumors. He tweeted, “That Mulatto Girl IS NOT Talkin Bout Me Homie. 🤣 I See Y’all Steady Reachin Lol… Shawty Ain’t Even Say A N**** Name On Dat S***. Ion Know Why Tf Y’all Tryna Make A N**** Wear Dat Jacket. I’m Too Fly Fa Dat S*** Homie.” Let us know what you guys think of this mess. Is Kodak lying or could it be someone else featured on the album that was out here being a little nasty?

Here’s a clip from The Breakfast Club interview of Kodak-But-I-Still-Don’t-Get-The-Picture-Black. Predatory AF. pic.twitter.com/00o6zZ19e9