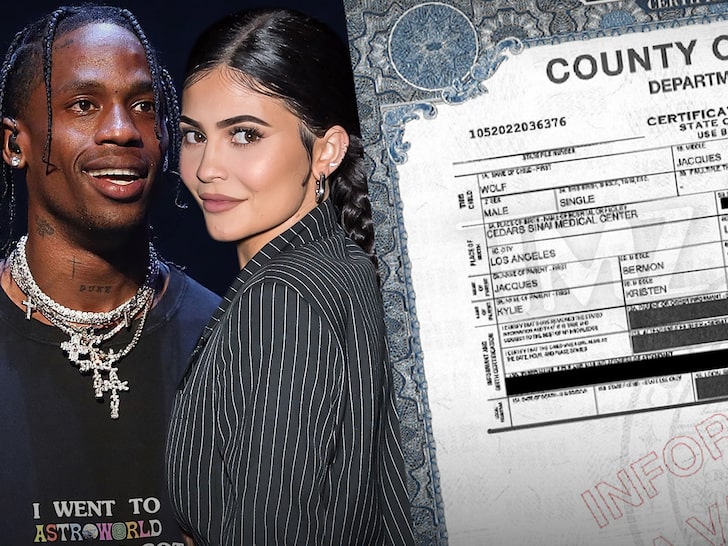 The superstar couple welcomed their second child, a son, early last month and apparently they got home and decided they weren’t feeling his name anymore.. much like those who were commenting on it following the initial social media announcement.

They announced the arrival of their baby boy over a month ago, but Kylie Jenner and Travis Scott have made a few changes since that time. The uber-famous parents have been enjoying time with their newborn as they expanded their family from three to four, but Stormi’s little brother seems to have undergone a name change within his first few weeks of life.

Travis and Kylie are already a private couple, but they have taken things even father following the Astroworld tragedy. They kept the pregnancy under wraps until the final months and when their little one arrived, they shared his name: Wolf.

However, Kylie revealed yesterday (March 21), they ended up changing his name.

This news followed a video that was released by the couple that documented their journey as second-time parents. The clip was quickly circulated on social media and after news outlets wrote about “Baby Wolf,” Kylie chimed in with this brief update. However, she has not revealed what she and Travis have decided as a replacement.

Check it out below. Were you feeling Wolf as a name or do you think Kylie and Travis basically came to their senses?