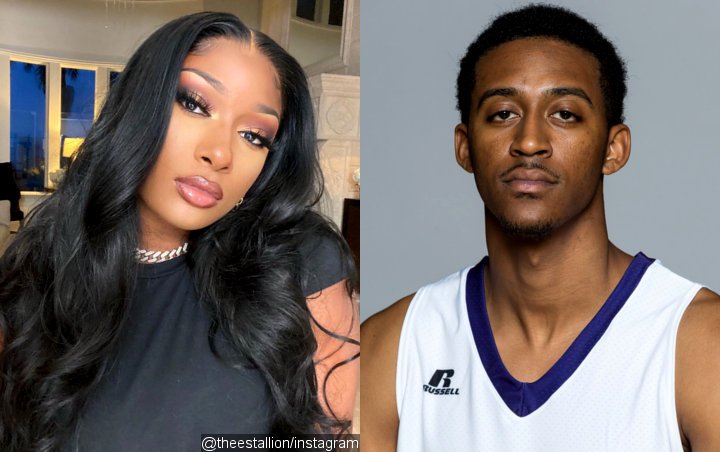 An outlet reported that her ex wrote a message about her assaulting him, but Meg played a recording of a phone call where he confirmed he was talking about someone else.

It’s a shame that during one of the biggest moments in her career thus far, Megan Thee Stallion has to hop on Instagram Live to address more rumors, but this time, Thee Stallion is speaking about an ex-boyfriend who was said to have claimed she was abusive during their relationship. On Monday (September 14), a report surfaced with a screenshot of a lengthy message from a man named Karim York who wrote about being attacked and abused by an ex-girlfriend who was on drugs. An outlet reported that the message was about Megan Thee Stallion and soon, the news gained traction as other publications picked up the story.

In order to defend her name, Meg called her ex and recorded their conversation. The rapper then took to Instagram Live to address the accusations that she physically abused her ex and on the call, he’s heard saying that the message wasn’t about her, but another woman. He also said that he would make sure people knew he wasn’t speaking about her.

“I don’t like when people flat out tell lies. So, I just saw some bullsh*t talking about—and I know who it is and they really like, they antagonize me every day online. They pick with me every goddamn day. They always making up stories about me. And now I really feel like I’m gonna have to start doing something about it ’cause you n*ggas are really crazy.”

Let’s get this understood rn before I say what I need, KARIM YORK DOESNT SUPPORT ABUSING WOMEN NOR ABUSIVE RELATIONSHIPS. It’s fucked up that I felt like I couldn’t come out and defend myself solely off of public perception. Thankful that Joe Budden brought this to light. I chose to be quiet throughout this time when someone was putting out a certain narrative about me, and today is the last day for that. I’m not doing any name calling but why support lies? The night all this happened, this person was on drugs, xans to be exact. I GOT MY ASS BEAT that night but I’m being pictured as the abuser on the internet. I don’t know how many times that woman put her hands on me with multiple witnesses there to see but not one time did I hit her. I’ve had a gun pointed at me with the intentions of being shot and because of what, a window? A lot of events transpired but I didn’t say shit to nobody, not even to my family when they’re asking what happened to my face/neck. It’s weak that women try to demonize black men like we not already going through enough in America. I do realize toxic relationships aren’t good for anyone and if you stay in one it can detrimental to your physical and mental health. Furthermore, for anybody who has my name in their mouth speaking on my situation that you only heard 1 side of, please feel free to contact me via DM or text since mfs wanna be passive aggressive towards me. Karim York isn’t taking accountability for something Karim York didn’t do. • • •

“Stop lying on me,” she said elsewhere in the clip. “That n*gga not talkin’ ’bout me. Stop puttin’ n*ggas on me. Stop making stories up. F*ck y’all, ’cause I’mma hit you with the facts every time you tell a lie.” Check out a video from Megan Thee Stallion’s Instagram Live and the report of Karim York’s message below.

#PressPlay: #MeganTheeStallion clears up rumors that she was abusive towards an ex. Thoughts? (swipe left)

IMA HAVE THE FACTS EVERY TIME https://t.co/RYwnMGF1el

Off with they head these bitches is nobodies 😛