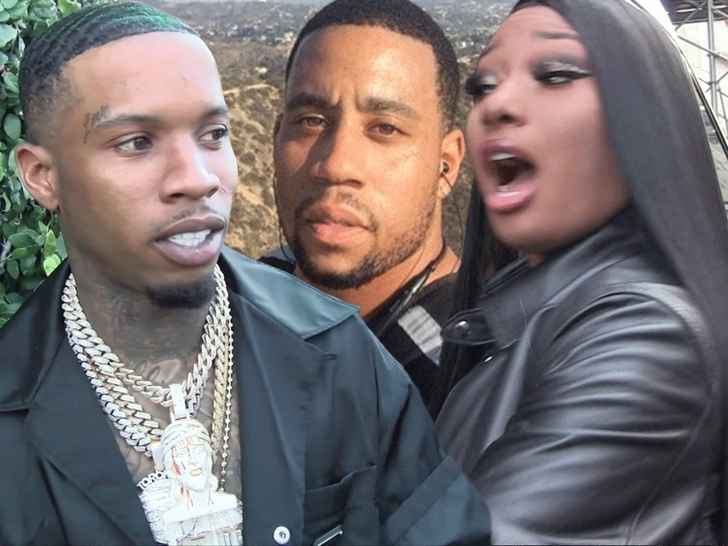 At this point, this case sounds like a movie, a dramatic thriller to be exact… I’m pretty sure if I told this story to someone who is completely unfamiliar they’d think it’s a script I made up.

As crazy as it sounds, we’re only one week into mini sing-rapper Tory Lanez trial for allegedly shooting Megan Thee Stallion. Already, there’s been what feels like a year’s worth of drama and chaos unfolding. Though things started out smoothly, it wasn’t long before things began to turn. Most notably, Kelsey Harris’ testimony found her suddenly developing a case of amnesia and “forgetting” several significant details regarding the shooting that could incriminate Tory.

Luckily, she previously gave an on-camera interview with the police. Due to her demeanour on the stand, the prosecution was able to play the footage for the jury. In it, the Houston rapper’s former best friend says that she saw Tory shoot Megan. On the stand, however, she only admitted to hearing gunshots ring out that night.

People have been speculating that Harris may have been “compromised” or accepted a bribe from the the pint-sized Canadian to stay silent. The details of that are sure to come to light in the future. For now, a more pressing matter has come forward.

According to The Shade Room, Thee Stallion’s former bodyguard, Justin Edison, was among those due to take the stand on Friday (December 16). However, it appears he’s now missing. According to a report posted on Saturday (December 17), the UCLA alum cannot be located, causing concern amongst his friends and family.

“We recently learned that Justin Edison went missing right before he was scheduled to appear in court,” the “Hot Girl Summer” artist’s attorney, Alex Spiro, told the outlet.

According to a previous story from The Sun, the missing man played college football after finishing high school in LA. Afterward, he went on to play in the Indoor Football League and eventually connected with Megan to become her bodyguard.

After the incident with Lanez, Edison spoke out on Instagram. “If you know me and you know her well enough, not only do you know I wasn’t physically present during [the] events, but you know why,” he said, revealing that he wasn’t there when his client was shot.

“If you don’t know me or her well enough, she good. I’m here now, and she’ll never step foot outside without me plus some n***as who don’t aim at feet present,” the former athlete went on. Outside of TRS’s initial post LAPD told TMZ they do not have a missing persons case open for Justin. That doesn’t necessarily mean he isn’t accounted for at the moment — but his alleged disappearance simply hasn’t yet risen to the level of cops needing to classify him as such.

Chile, I know one thing… this is going to make for one hell of a ‘Law & Order’ episode.