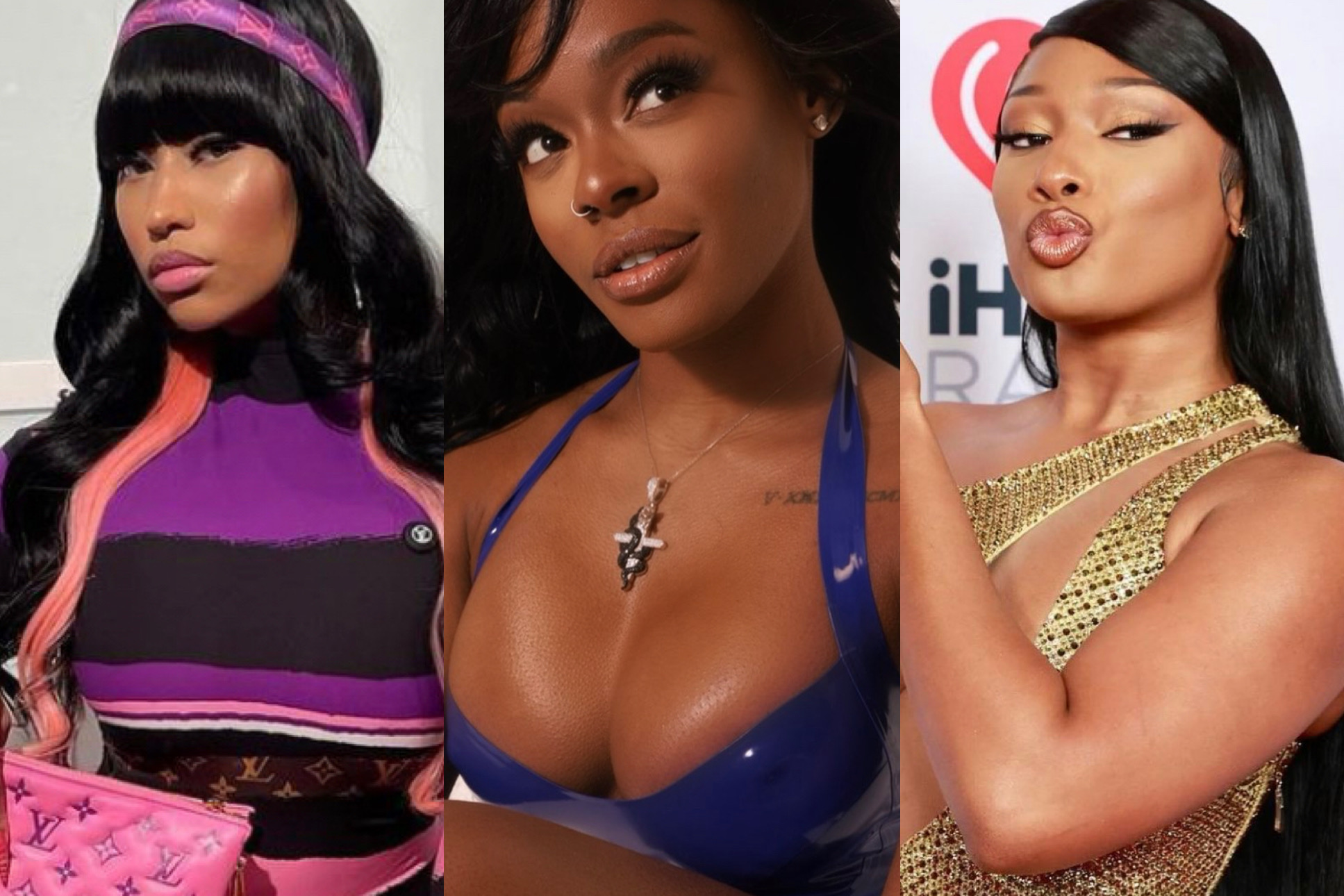 While firing back at a Twitter user who acknowledged how problematic she is being a key trigger as to why her career never amounted to where it could be, Azealia Banks had a lot to say about Nicki Minaj, Megan Thee Stallion, and the “Barbz.”

Quite often, Azealia Banks pops up from the chicken coop with harsh words against some of her would be peers, often coming after Rihanna, Megan Thee Stallion, Doja Cat, and other successful women in music. With Gemini season upon us, Azealia has decided to hop on to IG and deliver yet another rant after coming across a tweet from a fan that suggested that Azealia could have been a “contemporary” version of Nicki Minaj. Banks replied that she would “much rather” be free of drugs and unhinged.

“Would much rather be ssri free and unhinged than fat and ‘tolerable’ with a Percocet addiction,” she said about Nicki. “Barbs keep forgetting nicki is blacklisted for mocking the Vatican on live broadcast TV. Ken Erlich canceled her LONG TIME AGO. Azealia Banks has a fucked up sense of humor, but no history of opioid abuse and no history of caping for snitches and pedophiles. Azealia Banks is exponentially more redeemable than Nicki Minaj.” Nicki wasn’t the only woman that drew Azealia’s anger. She also came after Megan Thee Stallion.

“I would never be Megan the stallion because I would never lie about getting shot in the foot to gain public sympathy and capitalize on the protect black women narrative conveniently when Breonna Taylor’s untimely demise is National news just to then release a horrible album,” said Banks. “Meg got some joints that I like, but she was ZERO diversity. I am a human and an artist, I’m not a commodity.”

Azealia continued in a second post by claiming that Nicki Minaj is “piggybacking” off of Doja Cat and Megan’s success on TikTok for her comeback. “ABSOLUTELY NO ONE WOULD GIVE A FLYING FUCK ABOUT NICKI MANAJ AND THAT BORING ASS PERCOCET MUSIC IN 2021,” she said. “Barbs, please humble yourselves.”

Read her full posts below and let us know what you think. Is she on to something here? I mean, I don’t think Megan has a reason to lie about the leprechaun incident so I don’t know about that…but I do think it’s obvious that Nicki Minaj does get a ton of passes for problematic behavior and decisions.