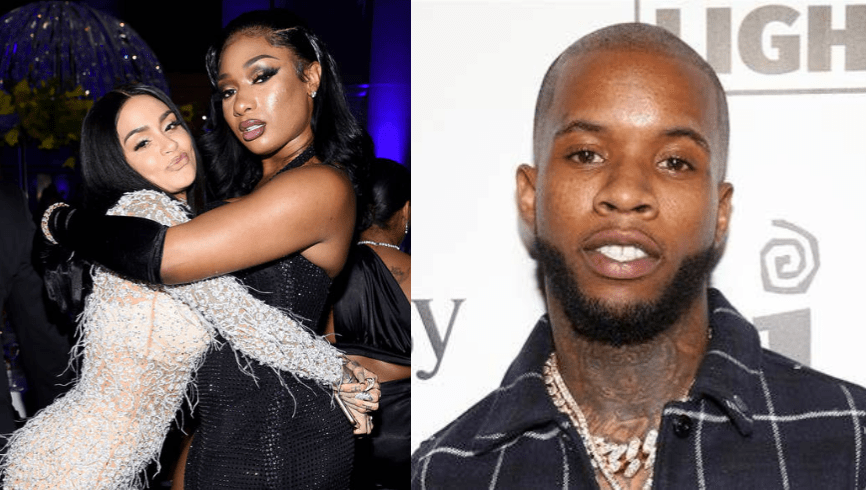 Tory Lanez is definitely one bold and headed little fella.

Barely a week after he was taken into police custody with a $350,000 bond for violating Megan Thee Stallion’s protective order against him by talking smack online, petite rapper Tory Lanez is back at it this time on record, speaking on the alleged shooting with Thee Stallion. On his latest single, Mucky James,” Tory continues to claim innocence in the case, while also addressing his former friendship with Kehlani (which ended due to the Meg situation), Meek Mill, and even Trina.

With the release of this song, it seems he is blatantly violating his court order he was just reprimanded for, but The Houston Hottie isn’t the only one who was addressed on this song. Lanez also had a few words for Kehlani was removing Tory from her record,  who infamously was one of the first artists to reveal she was distancing herself from him following the shooting allegations by removing him from her record “Can I?”

“Sometimes I think ’bout Kehlani and how we ended things
When I express myself I know that I can choose my words lil’ better
But I’m back out to the wall, you know the world against me
When your back against to the world, you just lose all affection”

He also goes onto to air feelings about Meek Mill and gives a shoutout to Trina. In reference to Meek he references their online beef in August 2021, “Meek Mill, he used to be my dawg, he did some flaw sh*t to me / And when I brought it up, lil’ cuh wouldn’t even talk about it / Ain’t beefin’ with you cuh, I swear I’m more hurt than anything / I’m at this point in life where I don’t stress the petty thing.”

Check It out below and let us know what you think? Is Tory trying it by releasing this track after literally just being arrested?