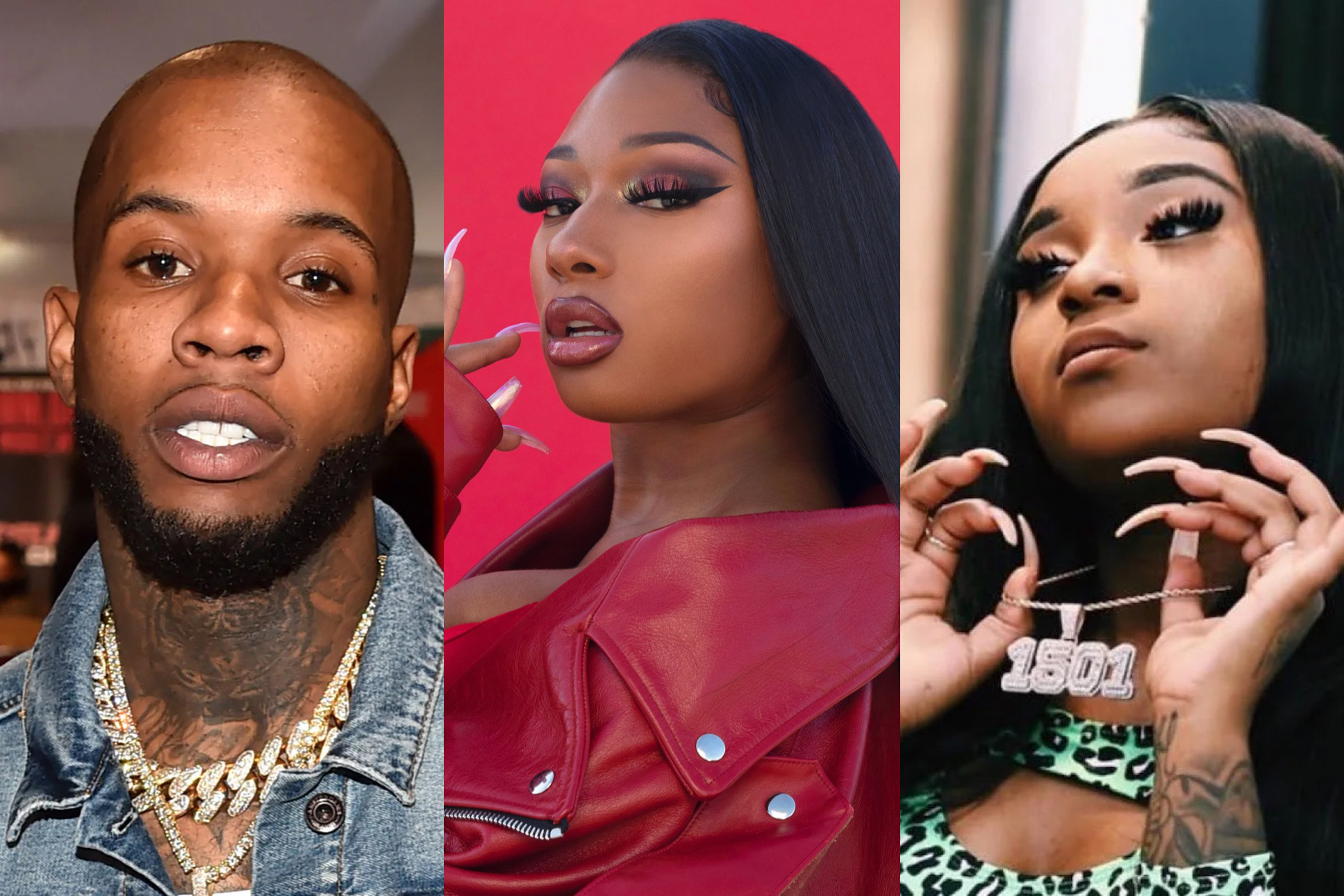 Is this just a coincidence of connections or was there some subtle shade here? Considering both off their connections to Megan Thee Stallion, the H-Town Hottie’s fans weren’t happy.

The morning has kicked off with quite a stir in the court of public opinion. Erica Banks’s “Buss It” has helped the rising 1501 Certified Entertainment artist gain steam quickly. A viral TikTok challenge has now spread throughout various social media platforms, and “Buss It” has become the latest twerk anthem for those who like to show off what they’re working with. Several artists have supported Banks’s track, but it was Tory Lanez that she highlighted on her Instagram page on Monday (February 1) that is causing a few eyebrows to be raised.

By the look of things, petite rapper Tory Lanez is back to his shenanigans of having women shake their ass on Live, and someone recorded him enjoying a woman’s…talents. Erica Banks reposted the clip and added the caption, “@torylanez goin Crazy BUSS ITTTTT KEEP STREAMING!” It all seems innocent enough, but due to Megan Thee Stallion’s connections to both artists, the post has already created a storm among fans of the H-Town Hottie.

As Megan and Tory continue to be at odds over the shooting incident that has divided fan bases, the rapper remains entangled in a legal battle with her label, 1501. Not everyone was happy to see Banks give Lanez a shoutout and deemed the move to be messy, considering the circumstances, and the constant comparisons to Megan (mostly due to label affiliation) but supporters of Banks defended her by saying she can do what she pleases to celebrate her song. Check it out below. Do you think this was innocent enough? Was it shade?..Does Erica simply not owe Megan any loyalty?.. or was it just a bad move all together? Coincidence or corny?

A post shared by Erica Banks or Ms. BUSS IT✨ (@realericabanks)

I don’t see why Erica Banks trying to make an enemy out of Megan when they could’ve just been cool but whatever.

Erica banks got one tiktok hit which is going to be dead by next week and she doesn’t know how to act…..go and play in hell with Tory