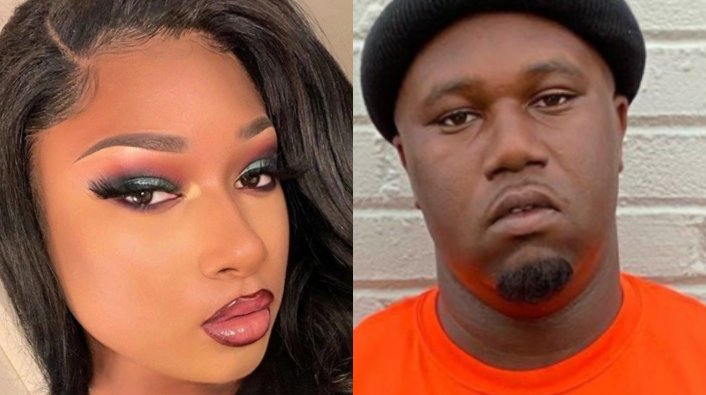 There was a bit of confusion yesterday the last few days regarding who said what about Megan Thee Stallion. The rapper’s shooting incident last month has left spectators divided as debates about who is to blame for Megan’s injuries continue. She recently named Tory Lanez as the person who shot her in her foot, laying to rest any speculation about his involvement. The revelation has caused artists and commentators in the hip hop world to weigh in with their opinions, including Atlanta rapper Ca$htalk who criticized people calling for Tory Lanez to be canceled without hearing his side of the story.

Megan Thee Stallion responded to Ca$htalk—a comment that Waka Flocka thought was intended for him—by saying “he didn’t make it past the 9th grade.” Ca$htalk has returned with a few more words for the Houston Hottie and to say they cut pretty deep is an understatement.

“You running around here unlady like smashing all these n*ggas and now you want a n*gga to feel sorry for you,” the rapper wrote. He completed his message with a facepalm emoji. Megan has yet to reply to Ca$htalk and she may let this one slide so it doesn’t turn into some internet beef. Meanwhile, Tory Lanez has yet to comment, and most likely won’t, as this investigation is ongoing.

#MeganTheStallion and #WakaFlocka get signals crossed after stepping into The Shade Room. Waka says his comment was regarding the shirt in the photo. Meg says her response was not directed at Waka after #TammyRivera came to her husbands defense. Hit the link in bio to read more #DXNews

#CashTalk responds #MegTheeStallion. Should we be feeling sorry for her or is homie just Tweaking out his mind rn???