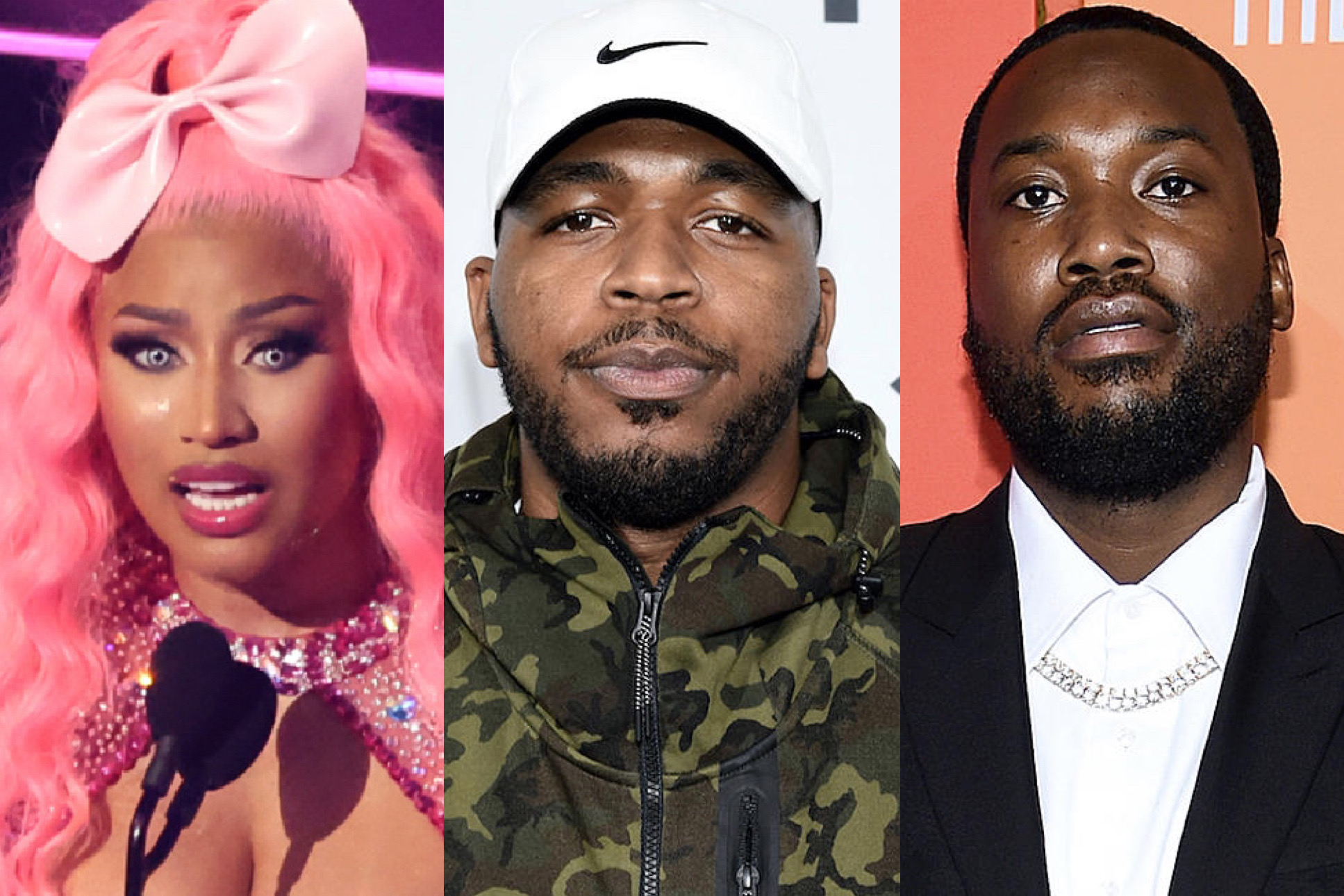 To be fair Miller says he doesn’t know for sure so it could be hearsay, but what’s interesting is for Minaj to infamously have been yelling “I’m standing right here” in a corner when confronted with her own battles… she sure is no stranger to stirring up some mess ironically.

It’s been a minute since we’ve heard from Quentin Miller. Most may remember him as the Atlanta rapper who became known as the man behind the Drake ghostwriting controversy of 2015. Following the controversy, Quentin took time off to deal with personal life issues, including having his foot amputated after a bad car accident. These days, the 32-year old artist is focused on his own music and doesn’t talk much about Drake, Meek Mill or any of the parties involved in the infamous “Back To Back” beef… until now.

During a sit down with Rory & Mal, Quentin recalled the time he was approached by Meek’s Dreamchasers crew in Los Angeles, which lead to him getting beat up for not confirming that he was Drake’s ghostwriter. “They come into the store. He says all his s*** like, ‘You making me look crazy,’” Miller shared. “He’s like, ‘I can tell you ain’t on no street shit, so I ain’t gon do nothing.’ So I’m like, ‘Iight.’

Quentin then goes on to suggest that it was Nicki Minaj, who was Meek’s girlfriend at the time that put in the call to further escalate the situation, basically claiming that the “Chun-Li” rapper put the battery in Meek’s back to fight him.

“I’m thinking we good and his man’s came back in with the camera. I found out — and I don’t know how true this is — but I found out that was a Nicki Minaj call. That’s when Meek evaluated you not a street dude and they dipped, I heard when they went back to the car it was Nicki that was like, ‘Nah, run that.’”

Quentin Miller continued: “Listen, I’m a Nicki fan, my daughter’s a Nicki fan, but that was fucked up, man! If that was the case… Just finding that out, that hurt even more. Like I’ve never had a conversation with this lady, why she doing that?”

It’s no secret that Minaj and Meek’s pillow talking are believed to have been an important instrument in the former beef between Meek and Drake so this really isn’t all that surprising to hear. Do you believe it? Take a look at the clip below: