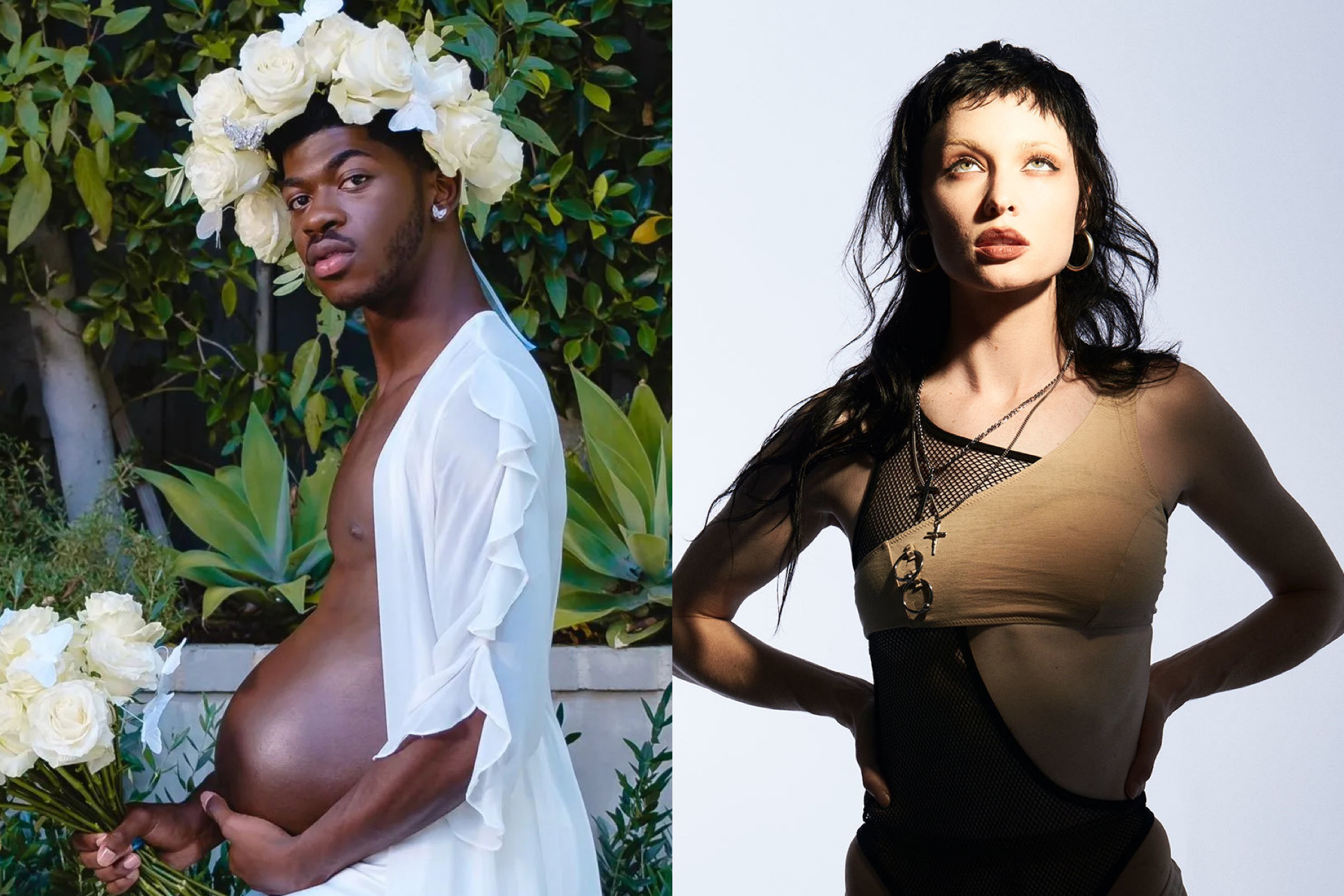 You know, I don’t have a dog in this fight. However, regardless of how corny Nas’s “pregnancy” stint was, someone may want to tap Dana Dentata on the shoulder and let her know there’s no copyright on being pregnant. I can’t even count on one hand how many artists I’ve seen refer to their projects as their “baby” or releasing it as giving birth.

When Lil Nas X was gearing up to release his long-awaited mid-September debut album Montero, he had employed a cutesy idea to keep fans tuned in on the album’s rollout. Continuously, he had referred to the project as his baby, and even went as far as to give himself a fake baby bump to signal that it would be delivered soon: “SURPRISE! I can’t believe i’m finally announcing this. My little bundle of joy “MONTERO” is due September 17, 2021.”

Along with this fake baby bump and sonogram post, Nas put out a promotional video of him being rushed through the hospital after his “water had broken,” letting fans know the delivery of Montero was getting closer. However, months after the album had successfully released and Nas X did his subsequent promotion and charting for Montero, metal-rap artist Dana Dentata claims that Nas X’s album promotion that simulated a birth was stolen from her, specifically the “giving birth” hospital video which she claims was “essentially identical to her ‘Pantychrist’ music video released in July of last year.

According to The Blast, Dentata in the cease and desist letter sent to Nas X stated, “I demand that you immediately cease the use and distribution of all infringing works derived from the works, and all copies, including electronic copies, of same, that you deliver to me, if applicable, all unused, undistributed copies of same, or destroy such copies immediately and that you desist from this or any other infringement of her rights in the future.”

The letter further reads, “It is inconceivable that you would wish to jeopardize your artist’s public image, and reputation by your client falsely claiming he created this copyrighted content.” According to the publication, the metal rap artist’s rep apparently wants to settle the issue out of the court. However, if that doesn’t happen, the crooner will then push for the copyright infringement claim to be settled in court.

The promotional video of Lil Nas X’ ‘Gives Birth’ has clocked over 15 million views to date and counting. He hasn’t responded to the lawsuit just yet and we’ll have to keep you posted when that happens but take a look at the video and promo comparisons below and let us known if you think he actually ripped something off or if this was a reach? Now I’ll admit, the sonogram photo looks similar.. but at the same time it’s a sonogram. What do you guys think? 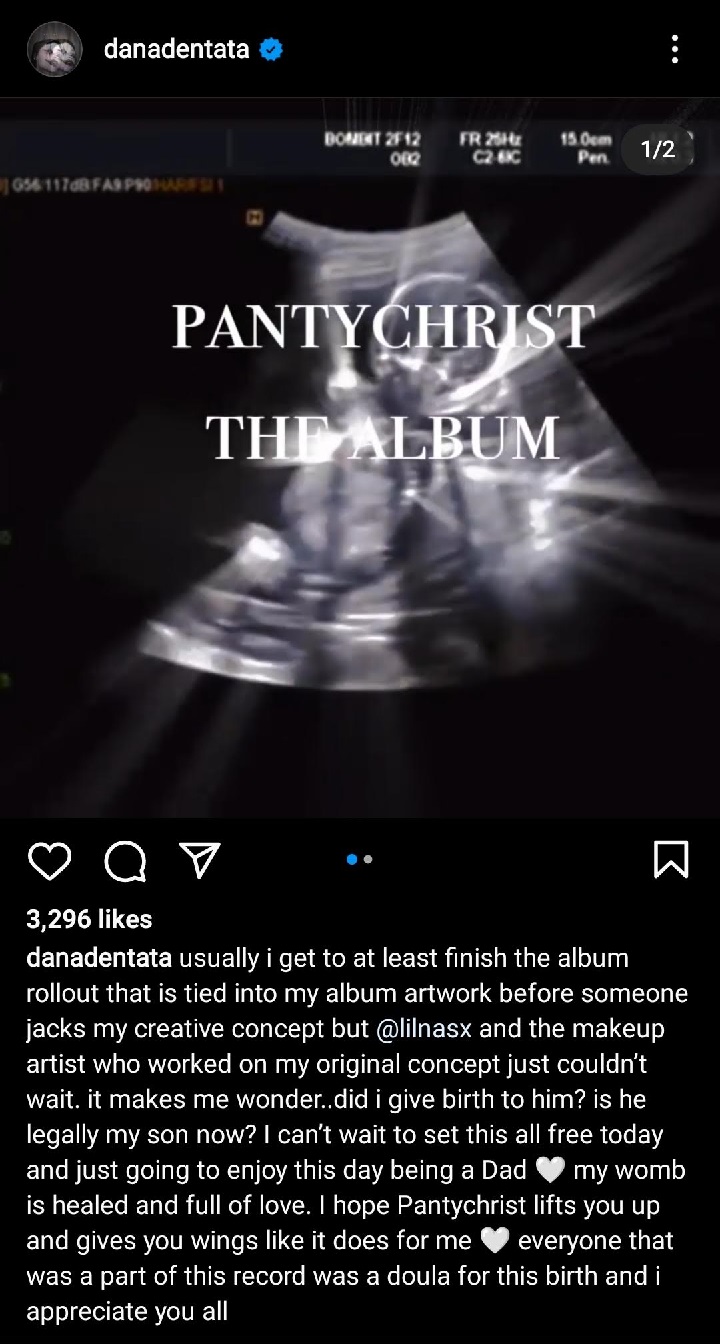 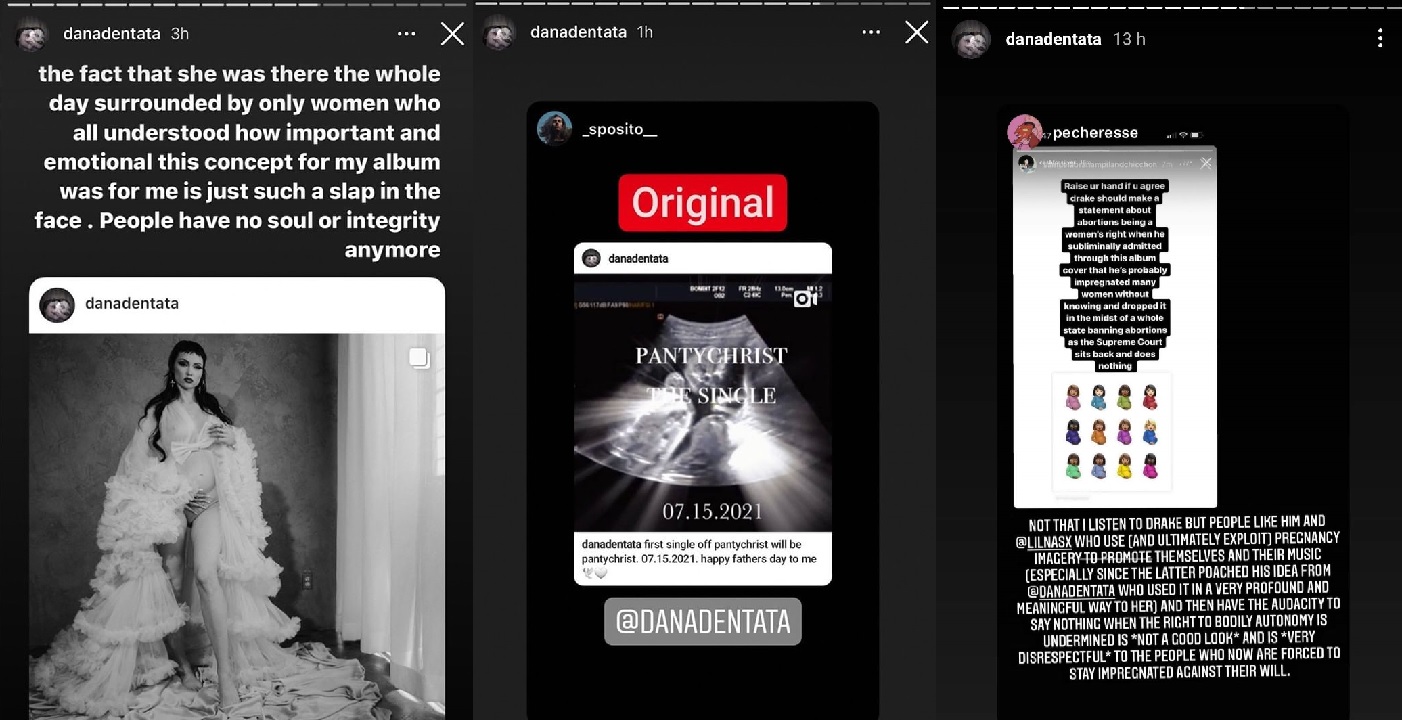 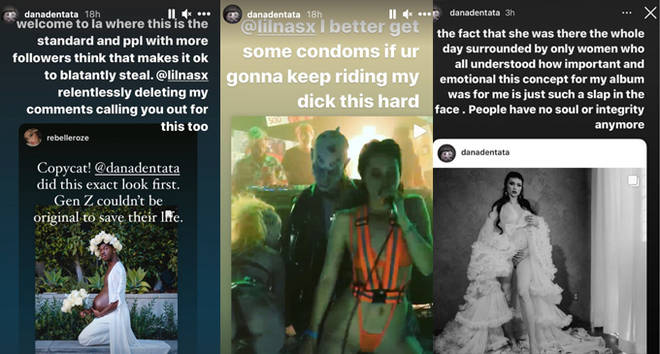