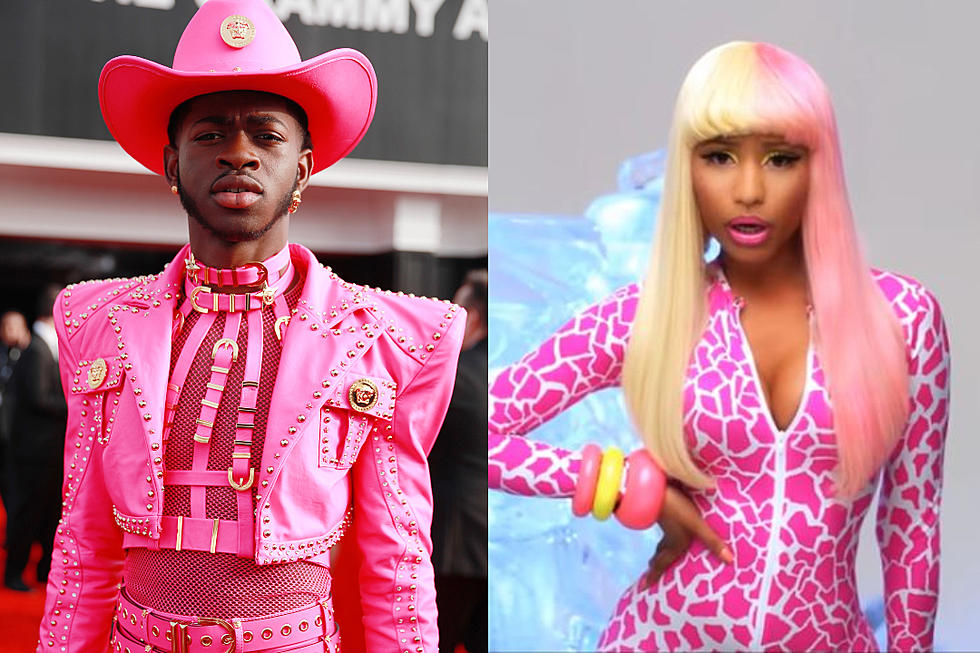 Lil Nas X is just as dumbfounded as we are as to why people care so much about him getting up in drags for Halloween.

You’d think no one has ever seen a drag queen before by the way these fragile cases of masculinity are acting. Lil Nas X stirred up a storm over the weekend after revealing his Halloween costume. The “Old Town Road” rapper decided to tuck his horse and embraced his fandom for Nicki Minaj with an extremely detailed recreation of her “Superbass” outfit, down to the curves. Lil Nas X received props for the outfit from many people while also facing some ridicule and backlash from homophobes who somehow felt it affected them such as 50 Cent and Dave East.

The star’s fan base loved what he put together, praising him for doing his part in breaking down gender norms. As expected, though, a number of people have been responding to his costume with homophobic remarks. 50 Cent laughed at Lil Nas X and re-posted his pictures, which caught the attention of Dave East, who did him one better.

it’s “batty man” niggas can’t even be homophobic the proper way smh butchering the hell out of the patois https://t.co/2PLYQvKBaA

“And y’all was mad at me about this n***a,” wrote Dave East on Instagram Stories, referring to his past controversy after critiquing LNX’s music. “Bati mon bun up!” “Batty boy” is a homophobic slur used against gay men in Jamaican Patois. Lil Nas X has already taken time to respond to the New York rapper, and he followed that up with some words on Twitter, addressing the public outrage over his Halloween costume.

bro i don’t bother a soul in this industry. all i do is tweet and make bangers. leave me alone damn.

it’s november 2nd and grown men are waking up to have group discussions about a costume i wore on halloween.

“It’s november 2nd and grown men are waking up to have group discussions about a costume i wore on Halloween,” said LNX, joking about how ridiculous it is that people care so much. He also responded to a fan who suggested that he’s wrong for dressing up as Nicki Minaj, claiming that children will be inspired to do the same. “So by this logic if i put on a shrek costume all of these little kids will want to shrek right?” he said, fighting back.

It’s unfortunate that there is so much rampant homophobia in the hip-hop community but, thankfully, Lil Nas X is trying to tear it down. He’s got millions of fans that are on his side, too. What’s your take on this nonsense? Did y’all vote yet?