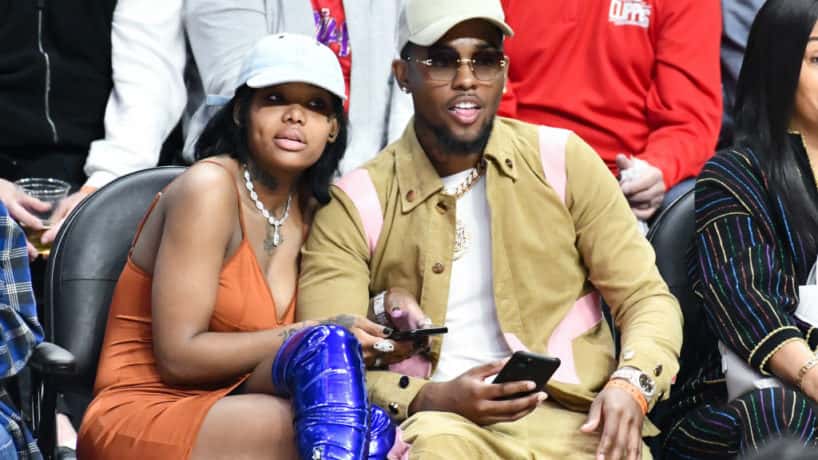 Summer Walker may be pregnant, according to allegations made by London On Da Track’s baby mama Eboni.

London On Da Track and Summer Walker have had a tumultuous relationship. According to Summer’s claims, they have officially broken up but, if London’s baby mama is to be believed, they will be linked together for the rest of their lives.

What started out as a cute producer-singer couple, which brought us Summer’s outstanding debut album Over It, the love between London On Da Track and Summer appears to have faded away and become toxic. London is currently involved in a number of child support cases, which remain open, including one with Eboni Ivorii…but according to Eboni, Summer is about to be welcomed to the baby mama club.

Eboni took to Instagram this week and made allegations about Summer Walker that have been in the rumor mill for the last month. “I said what I said,” wrote Eboni on Instagram Stories. “Yeah Summer pregnant by a n***a putting his 3 baby moms on child support currently wit open cases.”

Pregnancy is a topic that Summer addressed herself last month, denying that she’s expecting a baby with London.

“Y’all weirdos,” said the singer. “Who demands a stranger to tell you if they pregnant. Lol and what kinda creep wants someone else to have a baby that they will never meet or help them raise. & the answer is no bitch I’m bloated but y’all weird.”

Speculation then went even further as Summer met with Erykah Badu who has kept a low-key second career as a Doula, and more recently, as a certified midwife. Erykah’s daughter Puma posted a TikTok of Summer in their home which fans quickly pointed out that Summer still looks “bloated” as she previously called it. What do you think is the truth? Do you think Eboni got some inside information from London or do people just need to let Summer be bloated in peace?