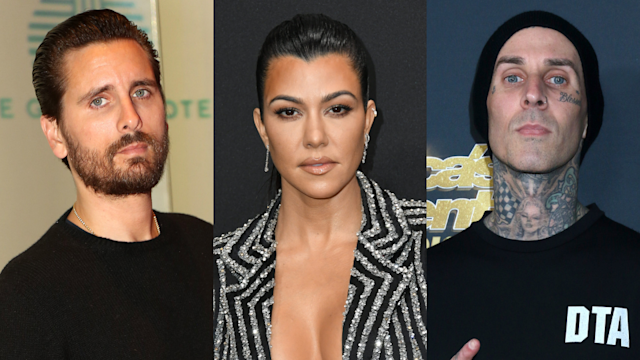 Kourtney has been out here living her best life and getting her drum pa rum pum pum pumped by her little drummer boy Travis Barker for a while now, but apparently time hasn’t stopped her baby daddy Scott Disick from hating from the sidelines.

Disick, who was with Kourtney for almost a decade, apparently DMed Younes Bendjima, her other ex, for a little trash talk sesh. Bendjima exposed the DM. It looks as if Younes Bendjima is not interested in engaging in back and forths about his ex. From 2016 to 2018, Bendjima was in a relationship with Kourtney Kardashian, and in 2019, there were reports that they were reconciling, but that soon fell apart. The Kardashian relationships are often high-profile and these days, Kourtney has moved on to her PDA-filled romance with Blink-182 icon Travis Barker.

The two have been jet-setting as they showcase their affections and as their fans eat it up, Kourtney’s ex, Scott Disick, decided to DM Bendjima. Disick, 38, has been dating Amelia Gray Hamlin, the 20-year-old daughter of famous actors Lisa Rinna and Harry Hamlin, but he reportedly hit up Bendjima with the hopes of talking trash about Kourtney’s newfound happiness.

Bendjima shared a screenshot of the alleged DM where Disick sent him a photo of Kourtney laying on top of Barker as they kiss. “Yo is this chick ok!????” Disick reportedly wrote. “Broooo like what is this. In the middle of Italy.” Bendjima didn’t take the bait and replied, “Doesn’t matter to me as long as shes happy PS: i aint your bro.”

Over the screenshot, Bendjima added, “Keep the same energy you had about me publicly, privately.” It looks as if there is a bit of tension and people are wondering why Disick would have any issues with the mother of his children moving on if he has had several relationships since their breakup.

Scott had all the opportunities in the world to do right by Kourtney and their family and he fumbled, so it’s actually quite hilarious to see him over there sweating over Kourt’s happiness. Check it out below and let us know what you think of this nonsense.