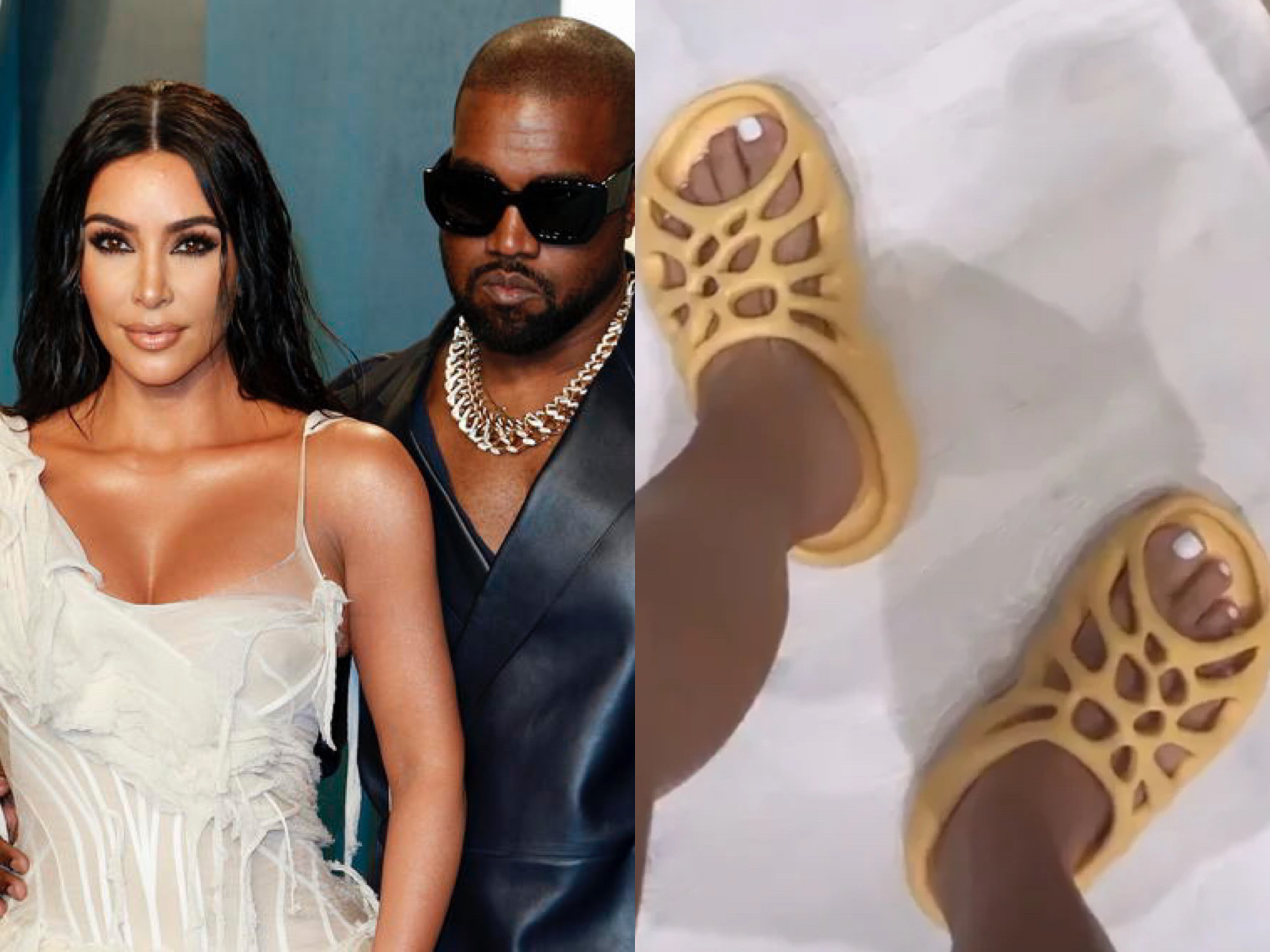 Sometimes, the extent of Kanye West’s genius– as it pertains to music, fashion, or anything artistic (cuz politics isn’t it)– is only realized months after his projects are first revealed to the world. When the Yeezy 700 was first revealed in its highly-coveted “Wave Runner” colorway, people around the world hated the design. Then, once it became readily available, the sneakers sold out in minutes, possibly just because of his name. The same thing happened when he released Yeezus. At first, diehard stans were unsure of the album. Today, it’s viewed as one of his greatest contributions to music. Could we be witnessing a similar situation with his freshly-unveiled Yeezy 450 Slides?

This summer, we saw a ton of people rocking the original Yeezy Slides, which were also criticized heavily upon their unveiling. We saw Kim Kardashian West showing off the brand new Yeezy 450 Slides, which feature the same rubbery material with a different design. This time, Kanye’s prototype is an open-toe slide with some type of net like openings throughout… maybe for more for air to circulate?

Much like with the Yeezy Slides a year ago, these ones are being picked apart by fans who are not appreciative of the design. People are even comparing them to some snacks that they find they resemble.

The new Yeezy slides are giving me these vibes pic.twitter.com/3Bz8tDptSp

Do you think these will be like the Yeezy 700 “Wave Runner”, which everyone switched on, or are they as bad as what everyone is saying? Peep some of the reactions below. Will you be copping these?

yeezy slides got me ?? pic.twitter.com/aY9LOEcVUS

Looks like one of my favorite mexican snacks! Ill take a size 12! pic.twitter.com/NQESdcmYT1