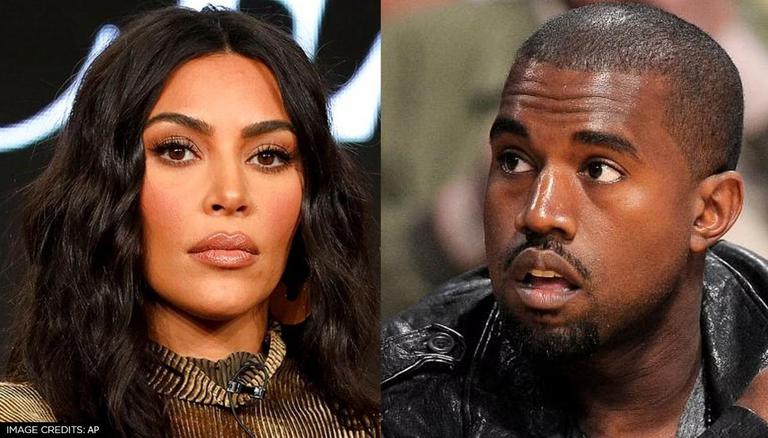 Well, there are those long standing rumors of Kim stepping out with Drake being the source of there long going feud, so who knows… either way, fans are singling out a line in Kanye’s new song “Lord I Need You” which may allude to Kim cheating.

Kanye West has officially released his tenth studio album DONDA after months of teases and listening parties, and it’s every bit as good as what people imagined. Despite having twenty-seven songs, fans are praising the album on social media, pointing out the strong production, features, flows, and more. Some are even naming DONDA as one of the best albums in Kanye’s discography.

As we continue listening to the project and noticing new things about it, people are noticing one line in “Lord I Need You,” which is an emotional song about his relationship deteriorating with Kim Kardashian, where Ye may be alluding to his wife cheating on him.

“When you said give me a ring, you really meant a ring, huh? Turned out to be more than just a fling, huh?,” starts off Kanye before uttering the line in question. “Three hours to get back from Palm Springs, huh? Who you know spend an hour in Walgreens, huh?”

Fans have taken to social media to wonder aloud about the origin of the Walgreens lyric, speculating that Kim may have told Kanye that she was going to the pharmacy when she was actually spending time with another man. Kim has not addressed the rumors, and it does feel like a bit of a reach.

What do you think? Is Kanye alluding to Kim cheating? Do you believe those Drake rumors or could it have been someone else? Maybe she just had to go to more than one Walgreens? Take a listen below along with some of the reactions.

Does Kanye really think Kim cheated because she spent an hour at Walgreens?? 🧐

So apparently Kim & Kanye argue about her disappearing to Walgreens! 😳 It’s the normal relationship drama for me! 😂 #DONDA #theshaderoom #kimandkanye pic.twitter.com/YJ8wJW1xss

3 hours to get back from Palm Springs, who you know that spend an hour in Walgreens?

Ight listen Kanye, I can go into Walgreens 100x I still won’t know where the product I’m looking for is the next time 🤣 Vouchin for Kim

Kanye thinking he’s being cheated on but doesn’t realize that an average woman can spend HOURS at Walgreens, not just one hour 😂😂

Ye's new song suggests Kim was cheating, but not at Walgreens. My Ex got caught red-handed in some riffraff's house…. came back and lied that she was at Walgreens for 2 hours.
Must be a "Walgreens" thing. https://t.co/Pf4efYsXwn

She takes an hour at Walgreens. She is me and apparently Kim K too. 😂