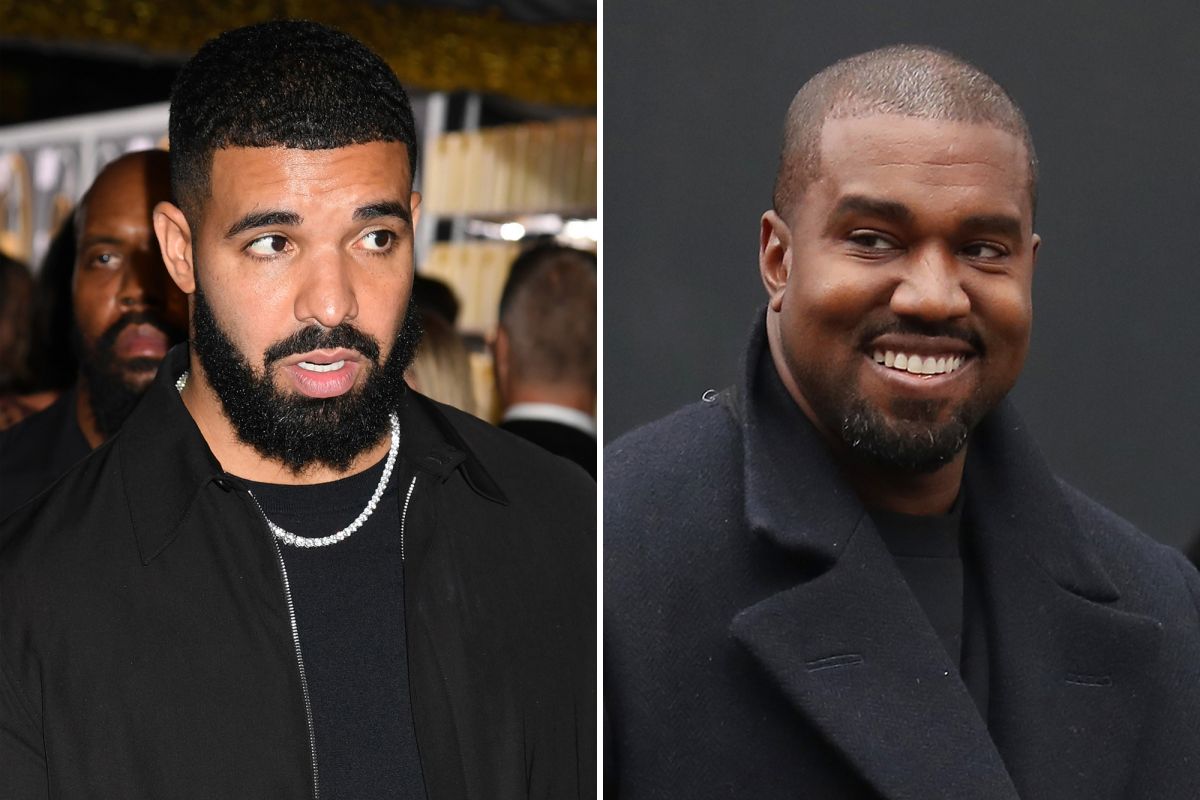 Chile, just when you thought the “beef” between Kanye and Drake was going to stay both on wax and apparently in a group chat, Ye took things a step further when he doxxed Drake and leaked his home address in the midst of their heated feud.

What the hell happened over the weekend with Drake and Kanye West? The two world-famous artists have been feuding on-and-off for the last few years with much of it fueled by the rumor that Drake smashed Ye’s wife Kim Kardashian and this weekend, tensions hit an all-time high after Drake’s latest diss on Trippie Redd’s new song “Betrayal.”

“All these fools I’m beefin’ that I barely know/ Forty-five, forty-four (burned out), let it go/ Ye ain’t changin’ shit, it’s set in stone,” sang Drake on the song, referencing Kanye’s age and the DONDA delay, which some fans have theorized was pushed back to compete with Drake’s album drop.

If you’ve been keeping up with this developing story, you may have seen the text messages that Kanye allegedly sent to a group chat, which appears to have contained Drake, Pusha-T, and Virgil Abloh. “I live for this. I’ve been fucked with by nerd ass jock n****s like you my whole life. You will never recover. I promise you,” said Kanye in the text, also sharing a photo of Joaquin Pheonix’s Joker and appearing to tell Virgil to make him a watch that does “backflips” in response to the one-of-one design he customized for Drake.

Now, in the midst of it all, Kanye has apparently doxxed Drake, posting and deleting a screenshot of the Drake’s address. Despite Drake’s Toronto address pretty much already being common knowledge — if you Google search for Drake’s home address, you’ll find it quite easily — this is a dirty move from Kanye, and ione has to wonder exactly what his goal was with this move. In the early hours of the morning, Drake seemingly responded to Kanye leaking his address, posting a video of himself simply laughing on Instagram Stories as he rode through the streets of downtown Toronto.

What do you think of this latest development? And what do you think will happen next, now that Kanye may have attempted to endanger Drake by sharing his address? See how people have been reacting below.

Drake gon check his security cameras and see Kanye in his front yard like pic.twitter.com/8pkQM4cWrO

Drake looking at his ring doorbell after Kanye posted his address pic.twitter.com/aZ5Cwn8z2P

It’s 1 AM and Kanye West was trying to doxx Drake. Shit is getting real weird out here. pic.twitter.com/nVMFDXuphE

Kanye out of pocket for posting Drake’s address. Idc if his address is public. What’s the intention there? A threat?