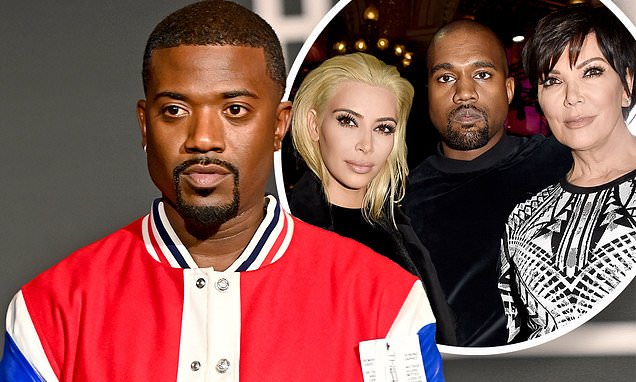 As if Yeezy’s rants against his ex-wife and family (including her mother) weren’t enough, Brandy’s brother is now seizing the moment to jump in and call out Kris Jenner and what he says are lies she told about him.

It was quite the evening yesterday (September 1) on Instagram after Kanye West unleashed his fury…again. The most we’ve heard from the Rap icon in recent months has been tied to his Yeezy brand’s collaborations, but this week, Ye took issue with both The Gap and Adidas after he claimed they were making shady moves. As he trolled the brands and called them out, his followers—and the world—also found that Ye was upset about his children attending Sierra Canyon, and he was insistent that they would be students at Donda Academy.

“They teach black kids Kwanzaa at Sierra Canyon,” a post shared by West read. “What the f*ck is Kwanzaa and who made that bullsh*t up Everyone lives in LA for the check anyway so no one really cares about their children being indoctrinated.”

West also shared a screenshot that showed an alleged exchange between him and ex-wife Kim Kardashian. In it, she delivered a message from her mother Kris Jenner, pleading with the rapper to stop mentioning her because she’s 67 years old and it causes her stress. This post prompted a reaction from Ray J, who infamously appeared in a sex tape with Kardashian, to call out Jenner for how she allegedly treated his family years ago.

“What about my mom Kris ? You telling people false stories about me, making the black man look horrible, for your gain, you introduced me to Steve HIRSH , you masterminded everything 4 your family, and tried to ruin mine at the same time smh,” he wrote. “You don’t think all mothers get stressed ? Or you special huh?”

The Kardashian-Jenners have not responded, but I am curious to hear more from Ray J on what exactly the lies were as over the years it seemed both he and Kim have began to come clean that perhaps neither one of them were as innocent in the sex tape scandal as they both originally claimed. I also think it’s interesting to use the word “ruin” on either end while discussing the aftermath of the tape considering it clearly only helped everyone involved. Ray also had no shame in the situation when he was doing several interviews and releasing songs about who “hit it first.”

Now, do I think Kris Jenner is some evil genius mastermind who will do whatever it takes to get she and her family where they’re looking to go? Absolutely. Do I think it’s specifically targeted at any race? No, I think Kris will ‘Dr Evil’ anybody if it means controlling the narrative. What do you guys think about all of this?