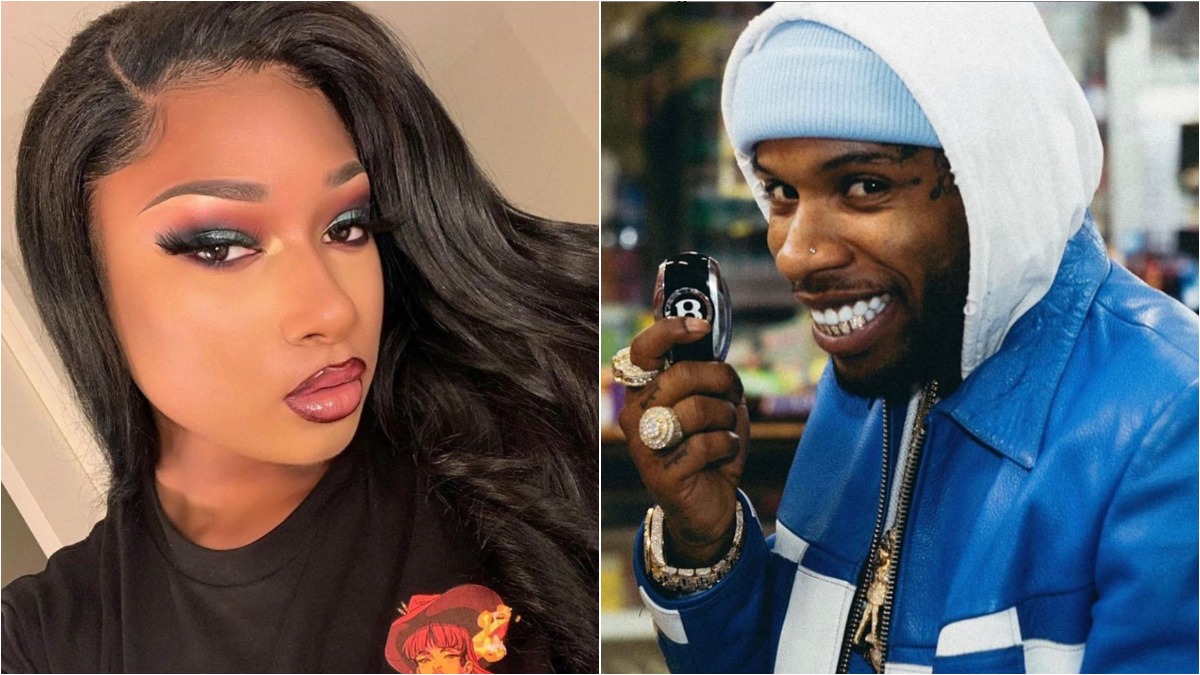 The case of who attempted to tranqulize the Stallion just got even juicer.

Tory Lanez is 5’3 and 120 pounds if for whatever reason he ever felt low enough to square up with a woman the size of Megan Thee Stallion.. he probably would have a weapon. According t reports for TMZ & The Daily Mail, Tory Lanez, whose real name is Daystar Peterson, was the person who allegedly shot Megan Thee Stallion following a dispute inside his vehicle Sunday morning with Megan along with her friend.

TMZ reports that the argument started after the group left Kylie Jenner’s Hollywood Hills party together in the chauffeur-driven SUV, and at some point, Megan and her friend, Kelsey Nicole, wanted out of the vehicle.

The source continues to say Tory opened fire from inside the vehicle, and allegedly hit Meg in the feet twice. LAPD pulled over Tory’s ride a short time later. Megan’s feet were clearly bleeding on the sidewalk as she followed police instructions to exit the vehicle.

Megan initially told police she had cut her feet on glass, but remember … she’s the victim in this case — as police had listed her from the start. It’s entirely possible she felt intimidated as an alleged domestic violence victim.

There’s also this complication, TMZ also notes that witnesses are not cooperating with police up to this point, according to law enforcement sources, and without witnesses who are willing to testify it might be hard to prove the case against Tory.

However, we’re told police have been notified that there is cell phone video of the shooting. Our law enforcement sources tell us they have not put eyes on that video yet — again, witnesses have been difficult — but, obviously, if they do see it … it could dramatically change the case.

What do you guys think of all this? We all know Tory is a bit of a loose Cannon..but why do you think he’d want to take a good Stallion out of the stable?