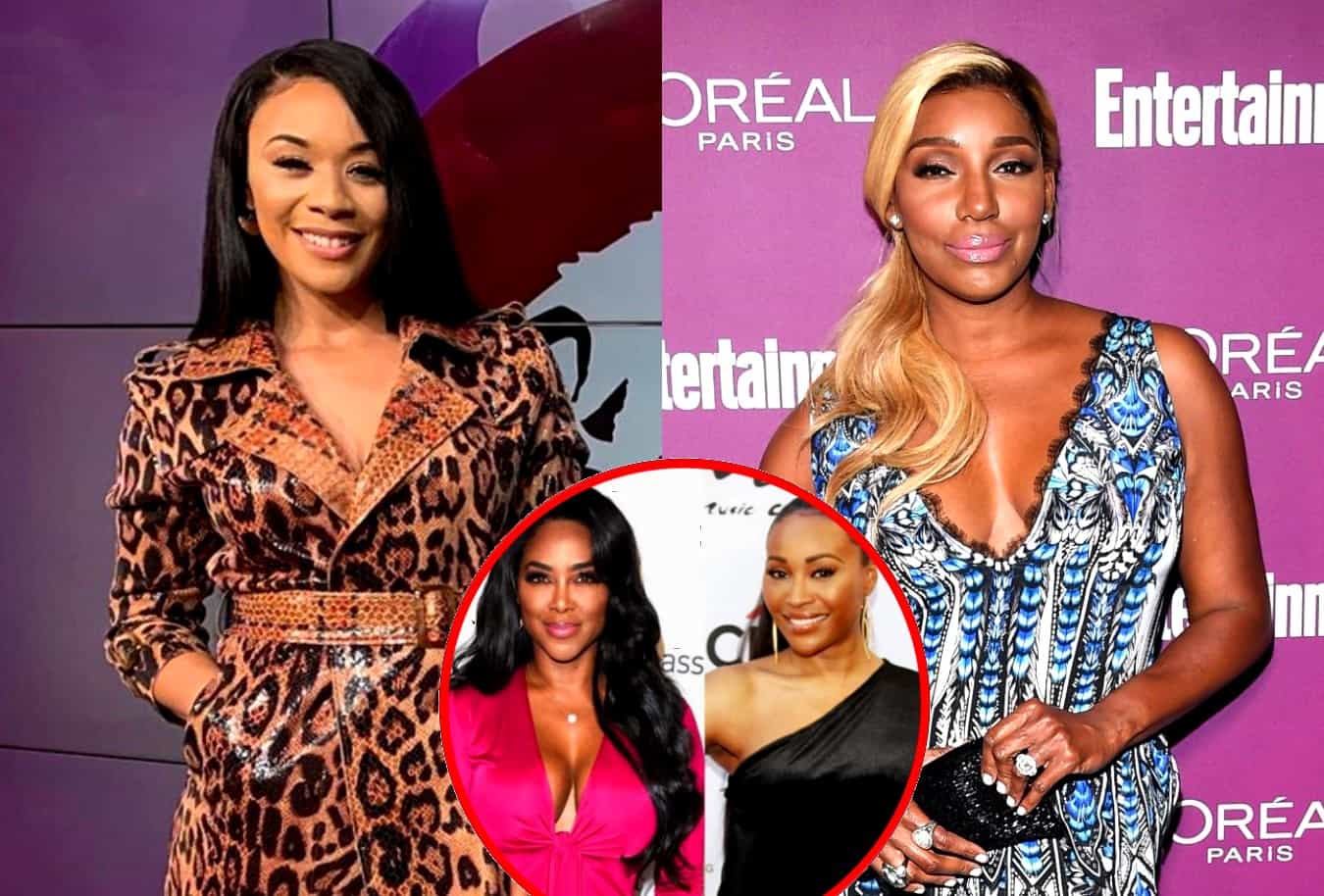 Who is the damn snake?

That is the question that we’ve had to hear nearly every episode of the current season of ‘The Real Housewives of Atlanta.’ That was also the question Gail “Yovanna” Momplaisir was asked when she visited Sister Circle this week following Sunday’s episode of Real Housewives of Atlanta. During that episode, the ladies almost had a big blowup in Toronto over who they believed allegedly recorded Cynthia Bailey talking bad about NeNe Leakes. Pretty much everyone pointed the finger at Yovanna, including friend NeNe, who asked her to tell the ladies what she heard about the audio or recording to keep her from looking like she lied about the whole thing. It also didn’t help that NeNe told producers in her confessional that Yovanna wasn’t technically a “snake,” but she “is the one with information.” NeNe claimed on Sunday’s episode that she knew Yovanna was the one who had audio of Cynthia, but Yovanna called bullshit on that story during her Sister Circle appearance.

“I’m here to set the record straight. I have never said that there was an audio or recording,” she said. “I have never recorded anyone, that is not my character, that is not who I am. Just because I said I had receipts, that did not mean that that was the definition of an audio or a recording. That is a rumor that was started and it spread like wildfire.”

When asked by co-host Quad Webb who started the rumor that Cynthia was busted talking bad about her on tape per se, Yovanna blamed NeNe, saying she spread the inaccurate rumor. “She said the word audio recording. I said I had receipts,” she said. “I never used those words with her.”

So when it comes to an audio or recording, Yovanna says she hasn’t heard either one so the it’s unclear if any of it is in existence. “Not to my knowledge. Have you heard one? When y’all hear it let me know ’cause I ain’t heard it yet,” she said.

The friend of the show made it clear that she would love to not be asked about any of it again because she hasn’t recorded anybody doing anything and doesn’t know who else would do such a thing. “I’m handing y’all the tea! If I knew I would tell you,” she said. “I’m just letting you know I have nothing to do with that.”

Despite being unceremoniously booted from Marlo’s room and having to leave the Toronto trip early, Yovanna says it’s not true that she will no longer be allowed to film with the ladies.
“So there’s a lot of rumors going around this season,” she said. “That is the first of my knowledge. I guess you guys will have to keep watching, but I will give you a teaser. I did film with the ladies a few times after Toronto, so you will continue to see me.

Peep the video below. What do you guys think of this whole ‘snake-gate’ fiasco? Are you as sick of it as we are?