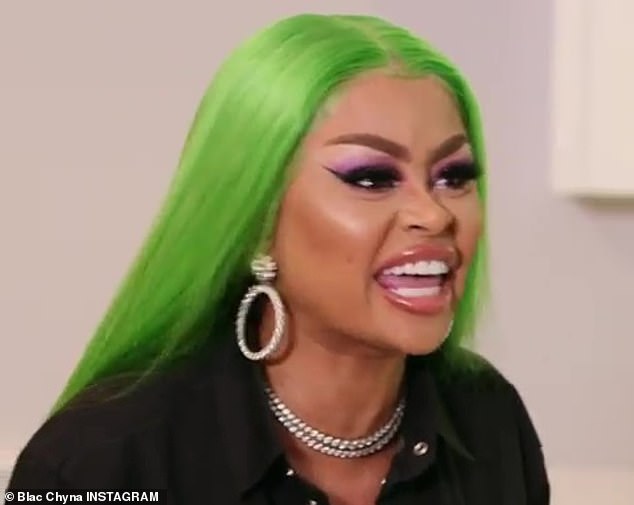 While Blac Chyna was running back and forth to court behind the Kardashians, her landlord was running right behind her.

Blac Chyna has reportedly been ordered to pay her former landlord $72,000. The 31-year-old model will have to fork out the lump sum to Michael Kremerman because she didn’t bother to respond to the lawsuit after he sued her last year for unpaid rent and damages to the property he let to her, according to TMZ.com.

Mr Kremerman claimed Chyna was $48,546 in arrears when he filed the lawsuit but he added on interest and asked the judge to make her cover the legal fees. The former ‘Rob & Chyna’ star signed a one-year lease for a six bedroom, five bathroom property in Studio City costing her $16,000 a month.

The contract was then was extended until March 31, 2019, but Chyna reportedly left the property in November 2018 – around the time she stopped paying the rent. This isn’t the only legal battle the reality TV star has been involved in as of late, as her ex-partner Rob Kardashian is currently seeking sole custody of their three-year-old daughter Dream as he believes Chyna is a danger to their little girl.

The 32-year-old sock designer has claimed Chyna – who also has seven-year-old son King Cairo with her ex-partner Tyga – regularly hosts parties at her home in front of Dream and invites strangers round to get drunk with her. Rob believes Dream’s behavior has changed recently as she’s started “naked twerking, and acting out sexual positions that she said her mom taught her.” He’s also said his daughter arrives to him with messy hair and dirty teeth.

The once-reclusive star – who dated Chyna for 12 months in 2016 – is also concerned about Dream’s potty mouth as she’s started saying “bitch” and “What the f**k?”, which he claims are terms she doesn’t hear when she’s at his home.

Rob believes his sister Khloe Kardashian can back up his allegations as she’s reportedly noticed a behavioral change in Dream as she’s “more in defenze mode” and is “decidedly more aggressive” during her play dates with her cousins.