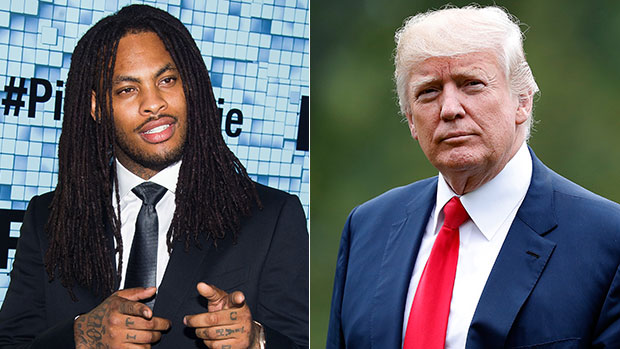 The rapper received the honor in his hometown from the former president.

It seems proud racist and former incompetent president Donald Trump is still doing some pandering to the hip hop community. After all, the disgraced politician did grant clemency to both Kodak Black and Lil Wayne, allowing them to forgo the remainder of their respective federal prison sentences. Apparently also a big fan of Waka Flocka, Trump is recognizing the Atlanta rapper for his own achievements.

As reported by TMZ, Trump recognized the rapper in his hometown in honor of his charity work with a lifetime achievement award. The award is particularly in honor of his work as a humanitarian and philanthropic volunteer for the Daughter of Destiny non-profit in Chicago.

He received the award Friday (April 16) in Atlanta presented by his pastor and mentor Apostle Bridget Outlaw, who gave him an official certificate and medal. Waka appeared ecstatic in the video showing him receiving the coveted award and the matching medallion, offering a few kind words to Trump in the process.

The non-profit that Waka volunteers for is an outreach program dedicated to helping women by offering employment, food, housing, community, and inner healing. The certificate recognizes Waka specifically for his “lifelong commitment to building a stronger nation through volunteer service.”

As explained by TMZ, the former president and his administration had everything signed and approved before he left office back in January. Congrats to Waka on the well-deserved accolade, the only cringe part is it coming from Cheeto, but I digress. Thoughts?