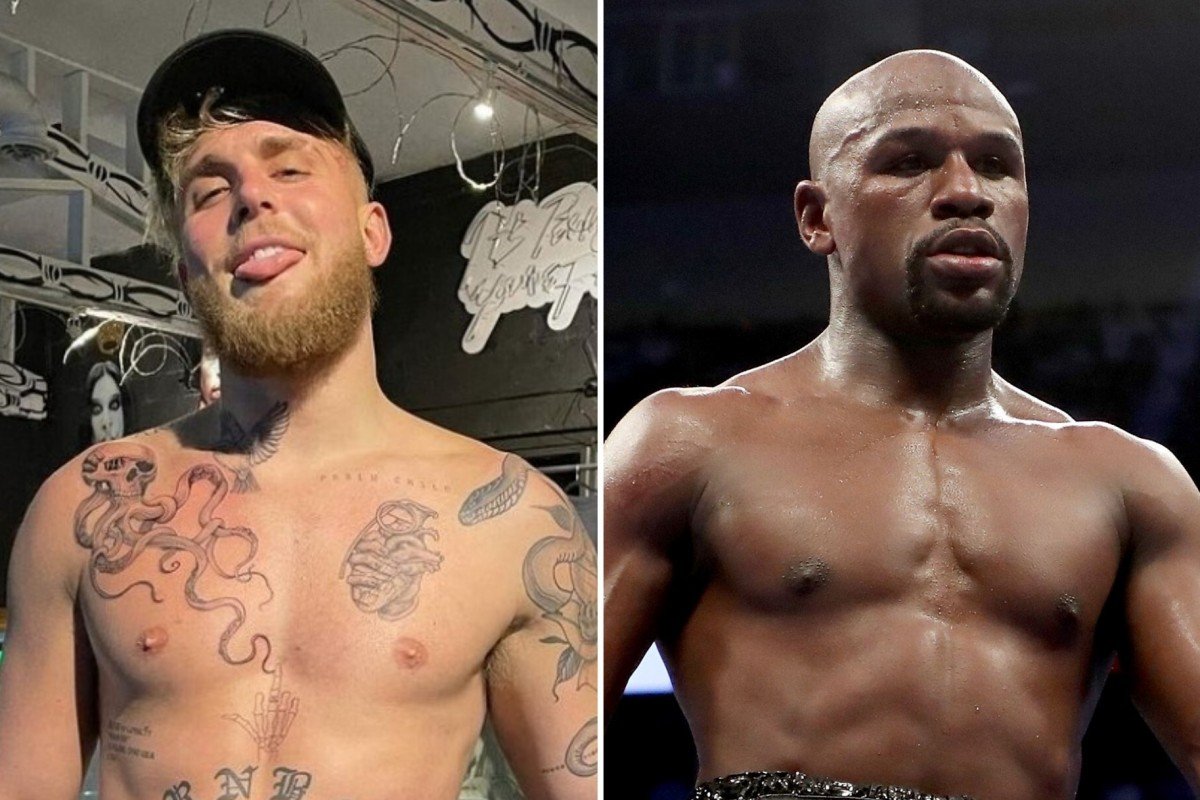 It may appear we’re watching an altercation on an elementary school playground, but no, this is real grown ass life. Floyd Mayweather almost beat the brakes off Jake Paul after getting his hat stolen.

Floyd Mayweather and Logan Paul are set to face off against each other on June 6th in Miami. Just a month before the fight, the two decided to have a big press conference where the two could talk trash to one another as a way to generate some hype. Of course, the two are very good at pulling out the trash talk so during the entire event, we saw two men who were fairly heated with one another. While one could make the argument that this was manufactured, there is no denying that Floyd will get some satisfaction out of beating Logan.

Perhaps the best part of the event came after the press conference as Jake Paul confronted Mayweather while the latter was being interviewed. In the clips below, you can see Jake snatch the hat right off of Mayweather’s head. From there, Mayweather and his security go after Paul and put him in a headlock while also throwing some punches.

HERES A BETTER ANGLE OF THE ALTERCATION BETWEEN JAKE AND FLOYD pic.twitter.com/gUeLprG6jE

The entire confrontation was as clear as day and it doesn’t look all that good for Jake who has been talking a big game ever since defeating Ben Askren just a few weeks ago. Mayweather has stated that he also wants to fight Jake, so this latest confrontation is an obvious setup for that potential bout.

As for the actual press conference, you can see some highlights from it, below.

I know I’m not the only one who couldn’t take this seriously right?