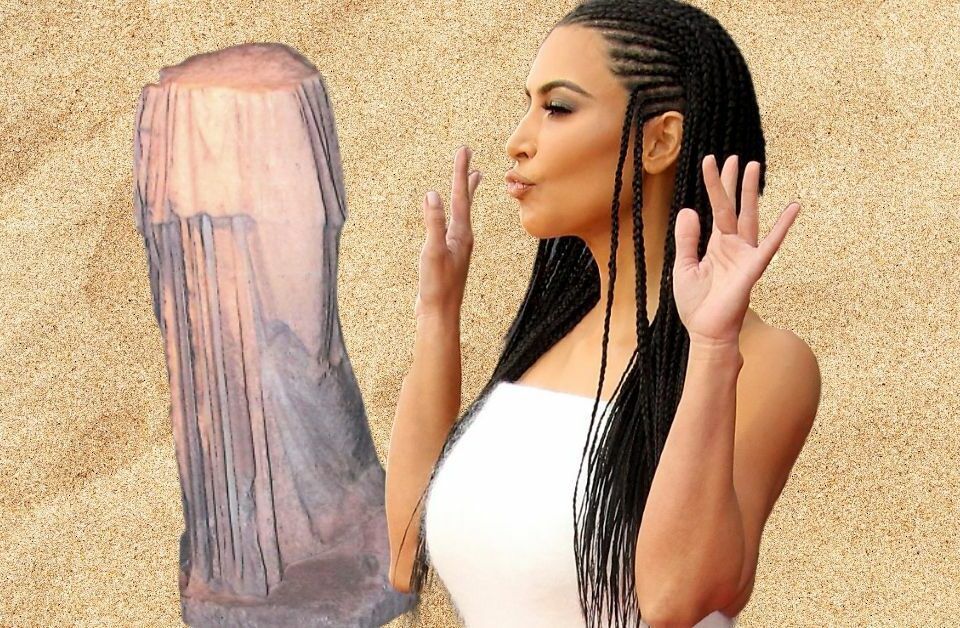 Kim Kardashian was at the center of a strange scandal, after her name was listed as the importer on a “looted” ancient statue.

A sculpture from Ancient Rome mysteriously arrived at the largest port in the United States in Los Angeles, back in June of 2016. Upon inspection, it was found that the statue, which was imported alongside 40 other items and valued at over $745,000, did not contain proper documentation. What’s more, the importer listed on the container was none other than Kim Kardashian.

The statue was reportedly a “classical Peplophoros style (early to mid-Roman Empire), which represents a copy of an original Greek sculpture,” according to an Italian archaeologist. Its distinct appearance makes it easily recognizable as an important artifact, standing out compared to the antiques and decorations said to also be in the container, according to the port’s data. After concerned customs officials alerted authorities about their suspicions, the statue was taken into federal possession in 2016, CNN reported. Officials then began to trace the statue’s origins from the alleged Kardashian importer, all the way back to Italy, running into many dead ends.

The only other clue was Axel Vervoordt, a famous art dealer who was listed as one of the shippers alongside Kardashian. The two worked together in the past when he decorated Kim and Kanye’s colossal California home. A photograph taken in 2011 shows the statue being displayed for sale at Vervoordt’s booth at the renowned European Art Fair. His representative told CNN,

“There is no evidence that this piece was illegally imported from Italy. Our client, as well as our gallery and the gallery from whom we’ve bought the piece, have always acted in good faith when dealing with the work.”

Last Friday, official court documents were filed on the matter, closing an incident that began over five years ago.

According to the official court filing obtained by CNN, a part of Italy’s Ministry of Cultural Heritage requested “that all efforts be made for the return of the defendant statue to Italy in accordance with the bilateral agreement between Italy and the United States” stating nothing about legal consequences for the partners in crime at this time. And, without direct evidence of how the artifact was illegally imported, no further action can be taken in the case.

Kardashian’s representative claims the statue was purchased wrongfully under her name because “this is the first that she has learned of its existence”in a public statement. “We believe that it may have been purchased using her name without authorization and because it was never received (and) she was unaware of the transaction,” the representative said.