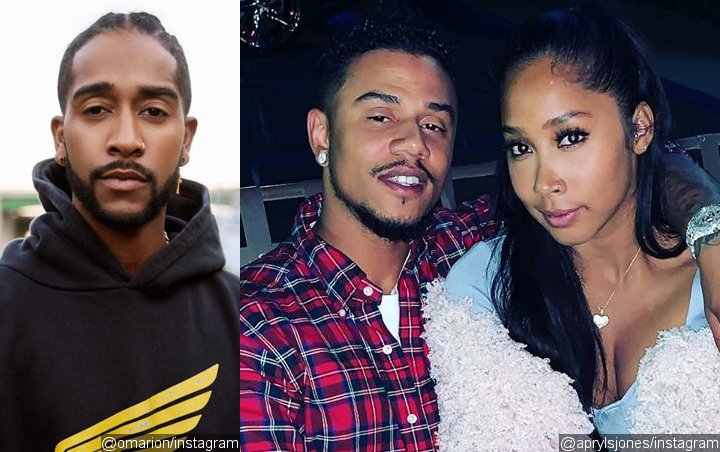 He also said Fizz and Apryl were openly dating during the Millennium Tour.

The relationship between Omarion and his B2K groupmates is a slippery slope, but no matter what they’ve been through, Omarion wants to honor their legacy. The quartet stormed stages last year for their multimillion-dollar grossing Millennium Tour, but there were growing underlying issues regarding Fizz dating Omarion’s ex and the mother of his two children, Apryl Jones.

Fizz and Apryl’s relationship became a focus of social media conversations after the pair unveiled their romance on Love & Hip Hop Hollywood. They were able to stop the gossip and live their love out loud, but people still wanted to know Omarion’s take on the situation. For months, Omarion kept his opinion under wraps, but now that he’s back in the limelight as the Millennium Tour 2020 is approaching, the singer is addressing the drama head-on.

When asked which members of B2K he’s the closest to during his visit to Big Boy’s Neighborhood, Omarion admitted that since the Millennium Tour, he hasn’t spoken to his groupmates. The singer shared that after the tour they all went their separate ways and back to their normal, everyday lives. “What I wanna say is that we share something,” he said. “We share something together with everyone. We shared it all together, and to me, that should be honored. That is the highlight and the thing that we were all able to kinda bond with and create a great, strong relationship with.”

“I don’t have a relationship with Fizz,” Omarion admitted. “I think that there should be [an] opportunity for us to talk one day. I don’t know when that is, but there should be opportunity… Because it’s such a question to people. So, it kinda creates this layer of ‘I don’t know.'” He also said that when B2K was on the Millennium Tour, Fizz and Apryl were dating. According to Omarion, neither Fizz nor Apryl told him about their relationship. “A birdy just kinda floated the info to me and that was kinda it,” he said. “I wanna be clear though, what me and Apryl had is what me and Apryl had. We created something really beautiful and we gave something truly beautiful to each other that’s really irreplaceable. So, at the end of the day, even though I have public issues, I wish no ill intent or malice towards anyone.”

He added that people expect him to feel or act a certain way because they’re projecting how they would handle the situation. “Especially because people assume that nothing is being done,” he said with a smile. Watch the clip of his interview below.