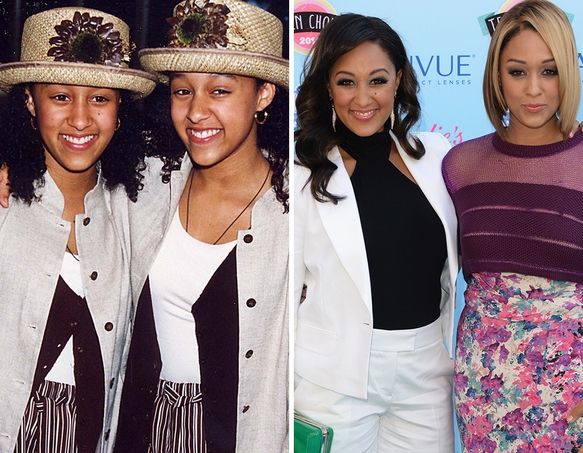 People have been requesting a Sister, Sister reboot for years and at points it seemed like that dream actually had a chance of becoming a reality. The 90’s sitcom’s leads, Tia and Tamera Mowry, have hinted at pursuing a reboot, but it turns out these attempts have not proven to be fruitful.

While appearing as a guest on The Tamron Hall Show, Tia explained the major obstacle preventing Sister Sister from coming back into our lives. “So many people are asking this question,” Mowry responded after Hall asked about a reboot. “We tried. We tried to do it but some rights and stuff kind of got into the way.” Mowry then specified that “legalities” were the problem. “Yes, legalities is why and it makes me sad.”

Mowry also spoke about how The Game was blocked from making a return for similar reasons, a show which she starred on from 2005-2015. “And then also we even tried to reboot The Game and that’s now not happening,” the actress said while cracking up about the frustrating circumstances. “I’m sorry. Reboots are just not,” she continued before trailing off. The Game was announced to be returning back in December, but Mowry’s comment suggests that these plans have fallen through.

Would you still be here for either of these shows making a return?

#PressPlay: #SisterSister is a classic, and a reboot was on the way but it looks like things didn’t really pan out. #TiaMowry says some legal matters got in the way! How many of y’all would want a “Sister, Sister” reboot, #Roomies?! 👀👀 (🎥: @tamronhallshow)