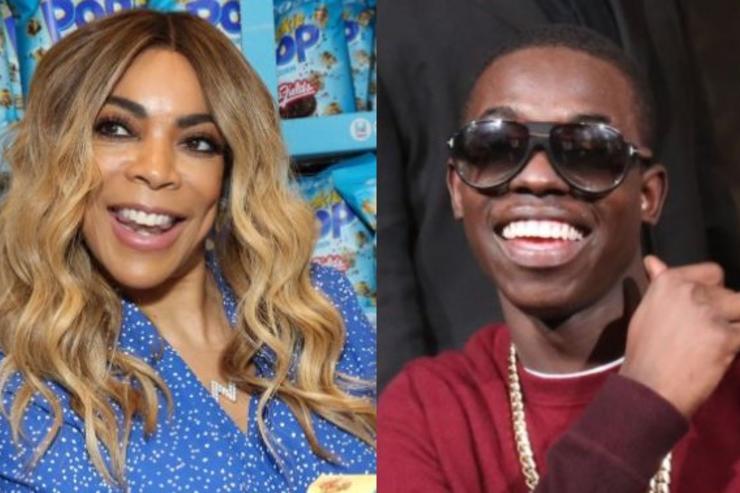 Wendy apparently had no hope for Bobby. After learning about the rapper’s parole conditions, she says she doesn’t see him staying free.

No amount of criticism is going to stop Wendy Williams from showing off her messy side. The famed talk show host has a longstanding reputation for sharing her unfiltered opinions about all things related to pop culture, and recently, she incurred the wrath of Sherhonda Gaulden, NBA YoungBoy’s mother. Williams stated that YoungBoy deserved to go to jail and Mama Gaulden responded with a few expletive-filled posts. Wendy is taking a break from YoungBoy’s news and shared a few thoughts about Bobby Shmurda and it isn’t sitting well with the rapper’s fans.

Shmurda was recently released from prison after serving over six years behind bars and he’s been applauded for adding on time to his own sentence to help out his friends who were also facing charges. Since his release, Shmurda has stayed away from controversy, trouble, and anything that would derail the goals he’s set for himself. However, no matter how well the “Hot N*gga” rapper has been doing since his release, Wendy Williams believes he’ll be back in jail in no time.

Conditions of Shmurda’s release include no alcohol, no clubs, and no staying out past his curfew, and because those are favorites for rappers, Williams doesn’t think he’ll make it. “He’s on parole until 2026 and this young man is only 26-years-old and he’s a rapper and there’s a certain quality of life, or not life, that you lead which led him to jail to begin with,” she said.

“And he was there for six years and he did his reflections and he said, ‘I’m never going back,'” Williams continued. She spoke about Shmurda’s restrictions and unannounced drug testing. “See, here’s what I think, though. Don’t be offended Shmurda, but I think you’ll be in trouble before the middle of the summer comes. I do.”

She was obviously attempting to make the point that there is so much temptation during the summer months that she doesn’t see Bobby Shmurda making it through. But I mean… there’s a much better (or supportive) way to say that. We believe in you Shmurda. Check out the clip below. Do you agree with Wendy?