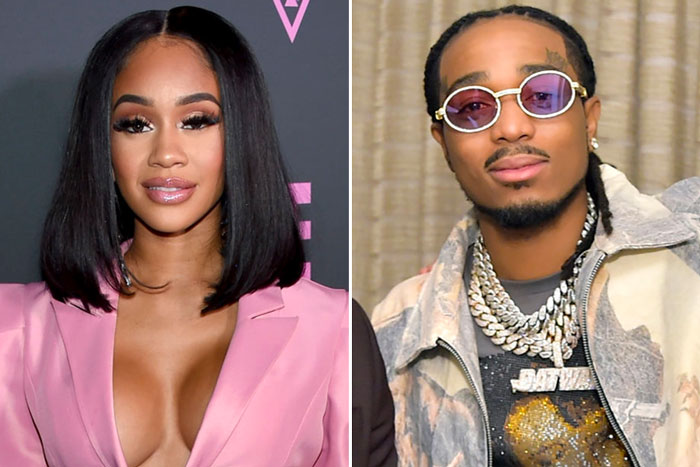 I’m not sure if Saweetie knows this but someone may want to tell her you don’t have to give up your keys just because the car was repo’ed. (see previous post)

The post-break-up of Quavo and Saweetie has arguably been garnering more attention than their relationship itself. The couple called it quits a few weeks ago, though it was the public announcement that indicated that things did not end on a good note. Saweetie decided to speak her peace before Quavo denounced her decision to go public. Saweetie had the final word when she then hit him with a short “Take care.”

Rumors spread across the Internet like wildfire that Quavo repo’d the Bentley he gifted her. It brought many hilarious memes to the Internet but TMZ later reported that sources close to Quavo denied that this happened. However, the rapper egged on these rumors on a new song preview. With a new Migos album on the way, the crew has been teasing new music and the latest from Quavo suggests that the Bentley is indeed no longer in her possession. “Lil’ bitty b*tch, she slimy, she sneaky/I’m takin’ back that Bentley,” he raps on the record.

As the Internet ran along with the joke, Saweetie seemingly addressed the rumors in some content of her own. The “Icy” rapper shared a corny and convinient “Frenemies” skit on her TikTok page which ends with her clutching the keys to her Bentley behind her back. Now, either Saweetie wants to create the image that she still has the vehicle (which having the keys doesn’t mean anything) or that she can afford her own. Either way, is anyone else as tired of Bentley-gate as I am?

Check out Saweetie’s skit on her TikTok post below: