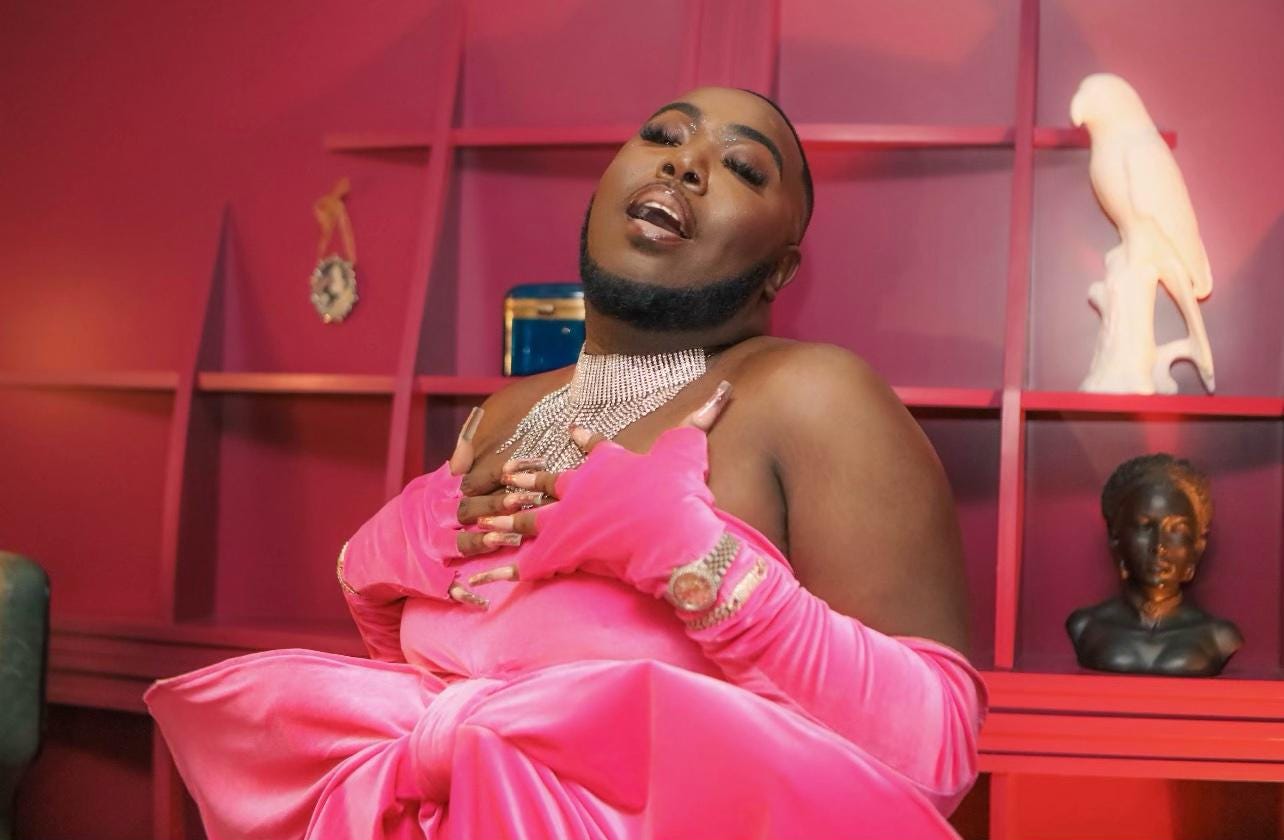 It’s actually quite refreshing to see folks like Santana breaking in and shattering the mold of what was expected in hip hop for so long. So with that being said, I’m happy for him and we love to see it.

Saucy Santana has definitely come a long way from going viral about “ya upper body.” In a recent interview with The Breakfast Club, the “Walk em’ Like a Dog” rapper revealed he has now inked a deal with RCA Records.

While sitting down with DJ Envy, Angela Yee And Charlamagne Tha God, Santana went into the depths of his struggles in the industry as a gay man trying to make way as an independent artist. Santana felt like “there was only one thing stopping [him].”

He continued saying, “I feel like I didn’t have that complete backing with a major label. I put in a lot of work, I worked really hard being an independent artist. But I feel like now with that major backing, I can clear certain samples, I could get this radio sh*t going, I can get these bigger artists. It’s up.”

Going into his reasoning behind choosing RCA over other music labels, RCA’s respect for Santana’s craft and hands-on approach to creating was a large factor. “When it comes down to TikTok dances, it’s me. When it comes down to videos, I’m telling them how I want my videos,” he explained. “I let them know that I need somebody that understands Santana, but wants to help elevate and push Santana to the forefront.”

Once word of Santana’s signing came out there were some critics who mentioned RCA’s lack of promotion for many of their urban acts, o which Santana responded to by tweeting, “Everybody talking shit about RCA! Look at Latto, Doja Cat & SZA and many more I didn’t mention! #NuffSaid”

Check out the interview below and let us know what you think. I will admit that RCA isn’t the best if you’re one of their priority acts, but Santana has managed to do pretty well for himself without the major label backing so I can only imagine this being beneficial for him overall. Do you think this will be a great boost for Santana?

Santana talks about his label deal with RCA (@breakfastclubam) pic.twitter.com/dMcDrB6jGv

Everybody talking shit about RCA! Look at Latto, Doja Cat & SZA and many more I didn’t mention! #NuffSaid 💅🏿