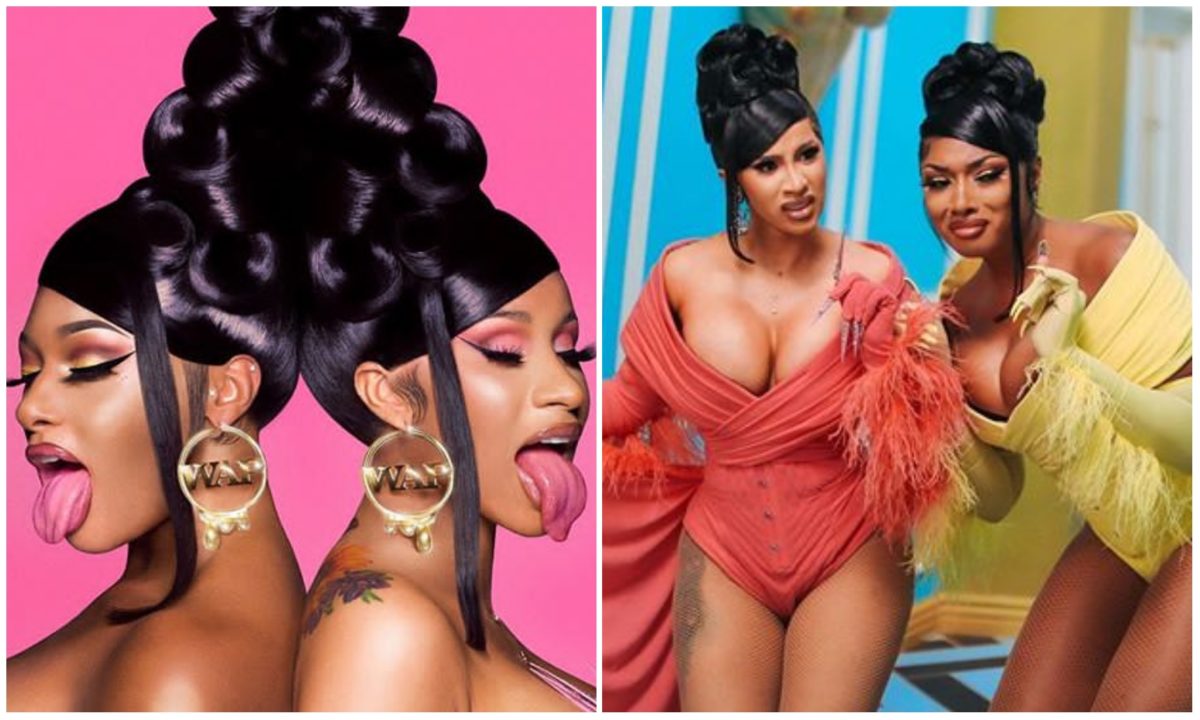 No man can stop what god blessed. Despite every attempt in the world by the naysayers to cancel her, Cardi B’s “WAP” debuts at #1 on the Billboard Hot 100, earning the most streams for a song in opening week history.

No surprise to anybody at all (with the exception of the haters who swore she was over), Cardi B and Megan Thee Stallion have officially been crowned atop the Billboard Hot 100 as “WAP” becomes the obvious #1 song this week.

With a massive debut, and an already iconic by a music video featuring cameos from Kylie Jenner, Rosalía, Normani, and more, “WAP” has officially made history on the chart with its number one debut. According to Chart Data, the track was streamed more times during its opening week than any other song in history in the United States. It is starting out with 93 million streams. In addition to this stat, Cardi B becomes the first female rapper in history to earn Hot 100 #1 hits in two different decades.

The song has had the biggest sales week of the year (by far) with 125,000 sales in its first week, already getting several certifications by the RIAA.

With this debut at the top, Cardi B gets her fourth #1 song while Megan Thee Stallion clocks in her second. This continues Cardi’s run as the female rapper leading the way in terms of chart-topping hits, extending her winning ways.

It hasn’t just been Cardi’s usual bad of haters chiming in on her lately. “WAP” seems to have everyone and their mother talking (literally) with politicians chiming in about the track’s raunchy nature, attempting to brand both rappers for being bad role models. Both Cardi and Megan have fought off those statements, noting the fact that plenty of female rappers prior to them have included sexual references in their music as well as men.

Regardless of what anyone has to say Congratulations to Cardi and Megan.. y’all did that!

.@iamcardib earns her fourth #1 single on the Hot 100 with "WAP". She extends her record as the female rapper with the most #1’s in history.

.@iamcardib and @theestallion's #WAP debuts with 93 million U.S. streams, the most for a song in an opening week in history.

#WAP is the first female rap collaboration in history to debut at #1 on the Hot 100 (@iamcardib & @theestallion).

Number fuckin one !!!!!NUMBER 1 !!!My 4th number 1 on billboard hot 100….I’m just so thankful I want to hug the LORD !! Thank you soo much @theestallion .I don’t even know how to thank you ,I wish I can give you a big ass hug !!! Thank you to my fans Megan fans,Thank you the world for listening .Im just soooo thankful I can’t even type it .Imma get like a bad bitch and tell ya later.Love ya WAAAAAAAPP