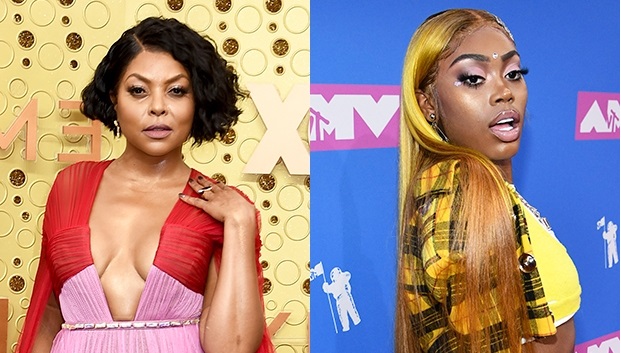 Last year was nothing short of AWFUL. The rap game and hip hop culture suffered countless losses and left us all grieving their artistry and various contributions to our lives. Rapper King Von had just released his debut album, “Welcome To O’Block,” and was gaining buzzwhen an argument between two men escalated into violence. Von was shot and killed during the confrontation, which occurred outside of a downtown Atlanta nightclub in early November. Since his unfortunate death his ex-girlfriend Asian Doll has continued to share her bereavement with us all.

Asian recently sat down with Taraji P. Henson for the actress’s Facebook Watch series Peace of Mind With Taraji, speaking out about that horrible tragedy and how she has been coping with his death. “My whole world just crashed,” says Asian. “I had never felt a feeling like that. It’s like I was just broken.” In a teaser clip released of the episode, the rapper also admits that, at the time of his passing, she and King Von were no longer on good terms. “I want to say like six days before he passed away, we had broken up and I was real hard on him. I was not trying to see him. I did not want to see him at all,” she says.

She also addresses the backlash she received from publicly mourning him on social media and the moment she learned about his passing. Taraji proceeds to comforts Asian, telling her that it’s healthy to grieve her loss. “It is OK to feel. You loved that man and he died suddenly,” she says. “He was taken in a senseless murder. You know that’s not something you just push through and try to cope with.”

Asian also admits that she never expected Von to die that way. “Yeah, especially I would never think that… nah, it’s impossible for Von to ever…go out how he did. I just never would think like ever…” she says before admitting that he was her “first love” and “first real boyfriend.”

“It was more like a soulmate,” she says. “It’s like dang I met you before, like how I feel so connected to you?” The tragic, sudden loss of a loved one is something that Taraji can relate to as her son Marcel’s father – William Lamar Johnson – was murdered in 2003, in an incident reported by The Washington Post at the time. Taraji, who has spoken openly about her mental health, has been using her new Facebook Watch show, Peace of Mind with Taraji, as a platform to discuss therapy and processing feelings of sadness and grief.

Asian Doll’s full interview with Taraji goes live on Facebook Watch on Monday morning. Take a look at the clip below. Will you be tuning in?