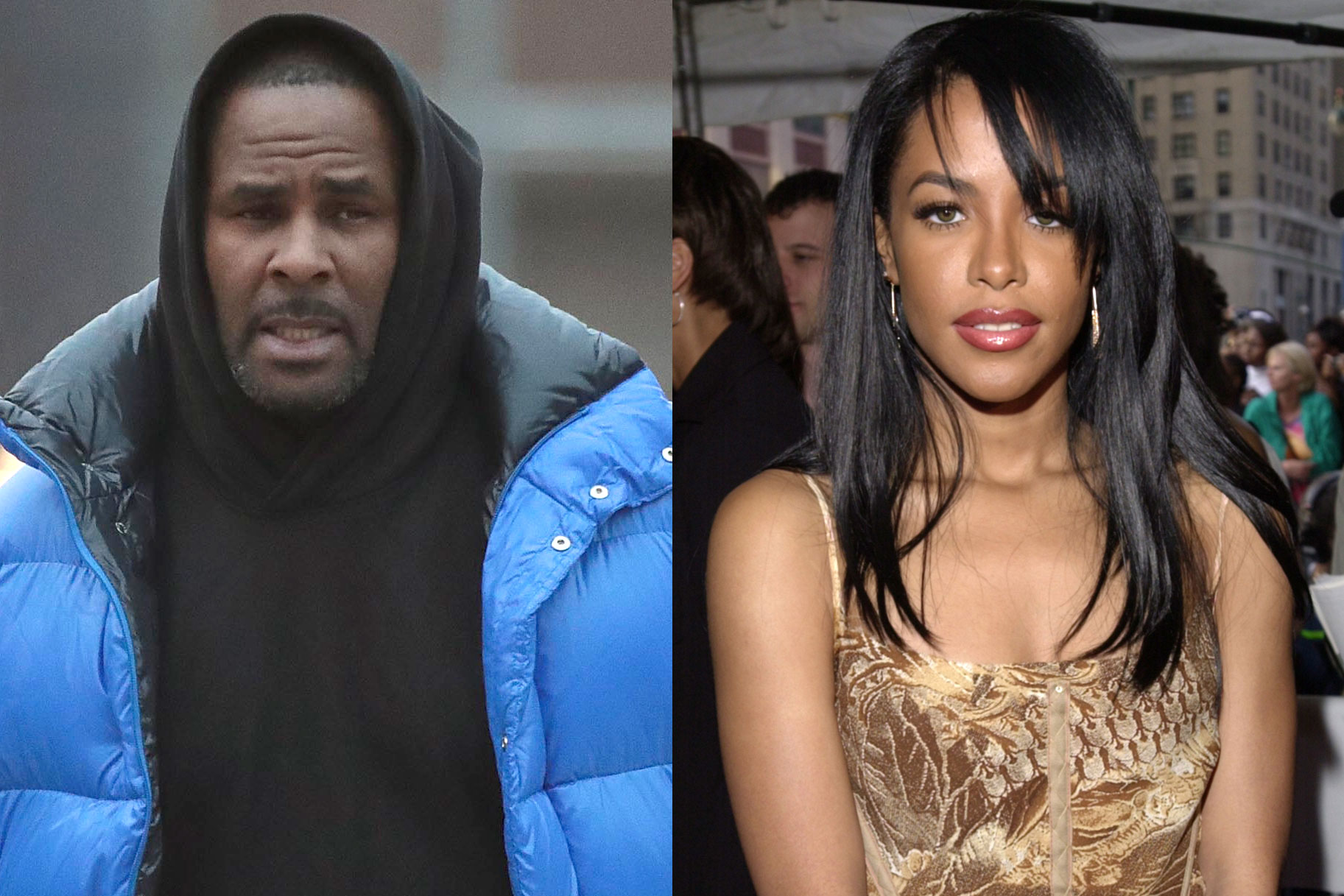 R. Kelly allegedly married Aaliyah to prevent her from testifying against him in court.

Other than being a pissy perv, R. Kelly’s reasons for marrying Aaliyah may be deeper than we thought. In August 1994, a 27-year-old R. Kelly wed 15-year-old Aaliyah in one of the most controversial moments in the disgraced singer’s career and, given all the information that has leaked out about him, that’s saying a lot. Had she not passed away during a tragic plane crash years after, Aaliyah would have been celebrating her forty-first birthday last week. The star has been brought up numerous times in the midst of R. Kelly’s dramatic unfolding in court, including in brand new documents that appear to point to the specific reason why Kelly would get married to an underage Aaliyah in the first place.

According to The Blast, R. Kelly is currently demanding to know the identity of two “Jane Does” in his legal cases. Prosecutors are against providing him with that knowledge and they’re pointing to his past to explain why. In relation to Jane Doe #1, Aaliyah’s identity was suggested in court documents, which appear to explain why Kelly wanted to marry her.

“As early as 1994, the defendant took steps to prevent law enforcement from discovering and investigating his crimes,” reportedly state prosecutors in new court documents. “As alleged in the EDNY indictment, in August 1994, the defendant and others bribed a government employee to create false identification for Jane Doe #1. Witnesses have advised the government that the defendant engaged in this bribery scheme to obtain a marriage license so he could quickly and secretly marry Jane Doe #1 to avoid criminal charges for engaging in a sexual relationship with Jane Doe #1, who was a minor at the time. Specifically, the defendant believed that his marriage to Jane Doe #1 would prevent her from being able to testify against him in the event he were prosecuted for his criminal sexual relationship with her.”

R. Kelly is not currently allowed to know the identity of either Jane Doe but it should be pretty clear for him to figure this one out. What do you guys think of this mess?