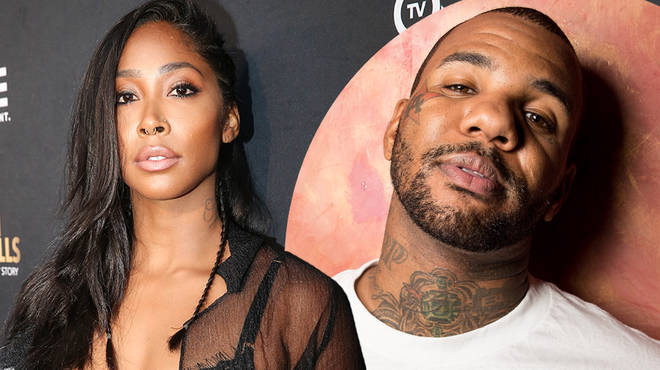 The reality star also explained her viral video where she names of industry men that she allegedly slept with.

She often tells people to mind their businesses when it comes to her personal life, but Apryl Jones has no problem sharing details about her intimate moments with the public. Her relationship with Fizz has been scrutinized for nearly a year after rumors circulated that she was dating her baby daddy Omarion’s B2K groupmate. She and Fizz would later flaunt their romance for Love & Hip Hop Hollywood cameras, further placing them both at the forefront of public criticism.

However, that’s not the only topic that has caused Apryl to become a villain of sorts. In a chat with Tiffany “New York” Pollard for VH1’s Brunch With Tiffany webseries, Apryl also discussed the viral video that circulated where she explicitly named off celebrities she says wanted to sleep with her. Those men included including Kevin Durant, The Game, A$AP Rocky, Shaquille O’Neal, Paul Pierce, Shiggy Show, and last but certainly not least, Fizz.

Apryl explained that she was being accused of sleeping with multiple men so she just listed their names in jest. “At this point, it’s like, you’re right, I f*cked every single one of them because that’s what you want to hear, so that’s what they captured,” she told Tiffany. “Not that I have [had sex with those men]. I would have no problem when, sh*t, I should have. I mean, I should have f*cked The Game when I had the opportunity.” She added that she never bedded any of the other men she mentioned.

Elsewhere, Apryl spoke on co-parenting with Omarion and how it gets more difficult as time progresses. They haven’t been in a relationship in over three years and she states the primary caregiver to their two children. “It’s not been easy, that’s the truth,” she said. “I’m trying to figure it out on a daily. I’m prayed up that it’s gonna get better, but I don’t know.”

Watch Apryl’s Brunch With Tiffany episode below where she talks quite a bit about…well, sex…and check out her controversial viral video as well.