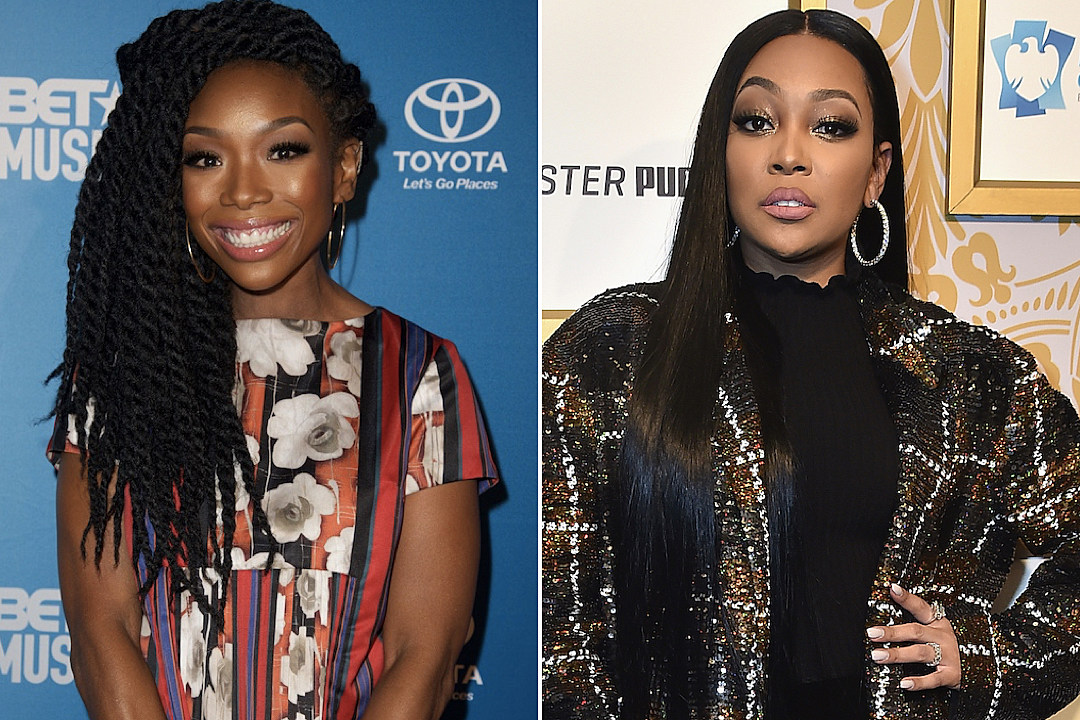 While Brandy says she’s “open” to doing a “Verzuz” battle unlike Monica, she’s still hesitant about the “nerve-racking” prospect of going hit-for-hit.

Although Brandy may be “open” to a “Verzuz” battle against Monica, she’s still not thrilled about the idea of going hit-for-hit. Timbaland and Swizz Beatz’s “Verzuz” series has been a hallmark of quarantine entertainment thus far, providing music fans with tons of joy and comfort while they’re stuck at home. It was recently announced that Jill Scott and Erykah Badu would be the first set of female participants to go head-to-head a “Verzuz” battle, but two other ladies that have been brought up frequently as worthy potential opponents are R&B It girls, Brandy and Monica. The two songstresses rose to prominence around the same time in the 90s and early 2000s, and while there were rumours of their animosity towards one another ever since they recorded their breakout hit, “The Boy Is Mine,” they seem to keep things cordial these days.

On Friday (May 1st), Brandy sat down for a a virtual interview with Essence over Facebook to discuss her brand new single, “Baby Mama,” with Chance The Rapper. During the video chat, she was asked if she’d be interested in participating in a “Verzuz” battle in general (12:35), but she didn’t seem too certain about it.

“I really can’t see myself doing that,” Brandy confessed. “I mean, I’m open to it, but I haven’t really thought about it.” She then notes that the interviewer is “the second person that’s mentioned that to me,” before calling the prospect of a hit battle, “nerve-racking.” The obvious opponent of Monica is then suggested, to which she says, “Yeah, I don’t know. I don’t know.” However, she goes on to say, “I’m open. I’m open for sure. I’m open. I’m not closed-minded.”

Monica, however, was much less willing to consider participating in a battle with Brandy, saying that she “doubts” it would ever happen. Although she thinks the concept of “Verzuz” is “an incredible idea” and appreciates the fact that it’s turned into “a celebration” of artists’ vast catalogues, she’s not jumping at the prospect of doing a face-off with Brandy, since the two of them have been pitted against each other their whole careers. “The reality is, people have put us against each other for 20-something years,” Monica said, despite the fact that, as she puts it, they’re “polar opposites.” However, she’d be interested in a more celebratory type of affair, rather than one of a competitive nature. Take a look at the receipts below. Would you be here for a Brandy vs Monica battle or should we let these two legends continue to mark their own path.

When asked about a #Brandy battle. She’s open to do a real celebration.