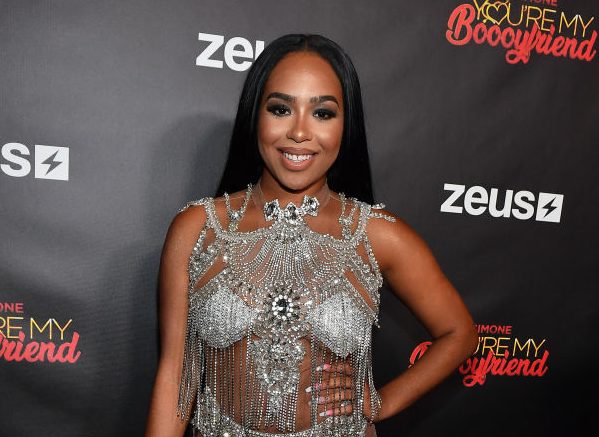 Whew, chile! The people have been after B. Simone. After catching some backlash for her message where she listed off things women need to do before manifesting the perfect man, B. Simone is now being called out for plagarism accusations again.

Each B. Simone scandal proves that the social media star just can’t catch a break. B. Simone has been at the center of a handful of controversies ever since she first came forward with her DaBaby obsession back in 2019. It isn’t believed that the two dated, but they did capitalize off of the attention by making appearances together. It was all in good fun and later, the comedian promoted her manifesting journal, a business move that would end in Simone handing out apologies after writers came forward with accusations that her book plagiarized their content.

When B told the public that she didn’t want to date a man with a nine-to-five job, she faced the wrath of the public again—and most recently, she gave women something to think about after uploading a video where she told them that they shouldn’t be manifesting love with the man of their dreams if their lifestyles aren’t at the same level as their standards.

Soon, B. Simone once again became a trending topic and faced a new set of accusers. According to at least two women, B. Simone took their ideas of listing off the type of man that women want while stating that the women aren’t giving those same requirements. They shared videos and social media posts they made in the past and accused B. Simone of stealing their “list” idea.

Swipe below to watch the clip from B. Simone’s Live as well as read through her accusers’ posts. What do you guys think? Do you think B. Simone stole anything here or is this just a case of an idea that’s really just not that groundbreaking?