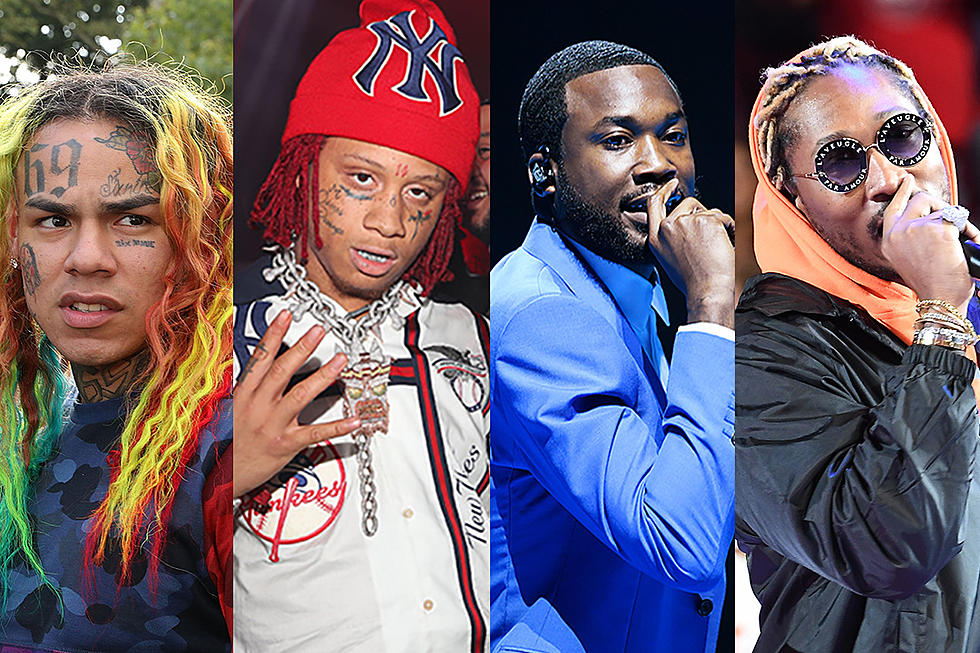 Following his first-ever number one on the Billboard charts, Tekashi 6ix9ine took a moment to address Future, Meek Mill, Gucci Mane, and more.

One has to wonder if Tekashi 6ix9ine has even taken time to appreciate an accomplishment like receiving his first number one record, because instead, the rainbow wonder has done nothing but use it as fuel to troll. As we’ve seen following “Trollz” topping the Billboard charts (after a week of rainbow witchcraft and wiggitry to get it there) securing Tekashi his first-ever number one single, the rapper’s arrogance has been at an all-time high. Following a Hennessy-fuelled victory toast with his best bud Akademiks, 6ix9ine took some time to address his high-profile enemies one by one.

Clearly, 6ix9ine views strong numbers as a sign of dominance (regardless of how they’re obtained), and it’s unlikely that his detractors will take this one in stride. Expect the hatred to only grow, as something says that Tekashi 6ix9ine’s reign of terror is only just getting started. Unfortunately. Thoughts?