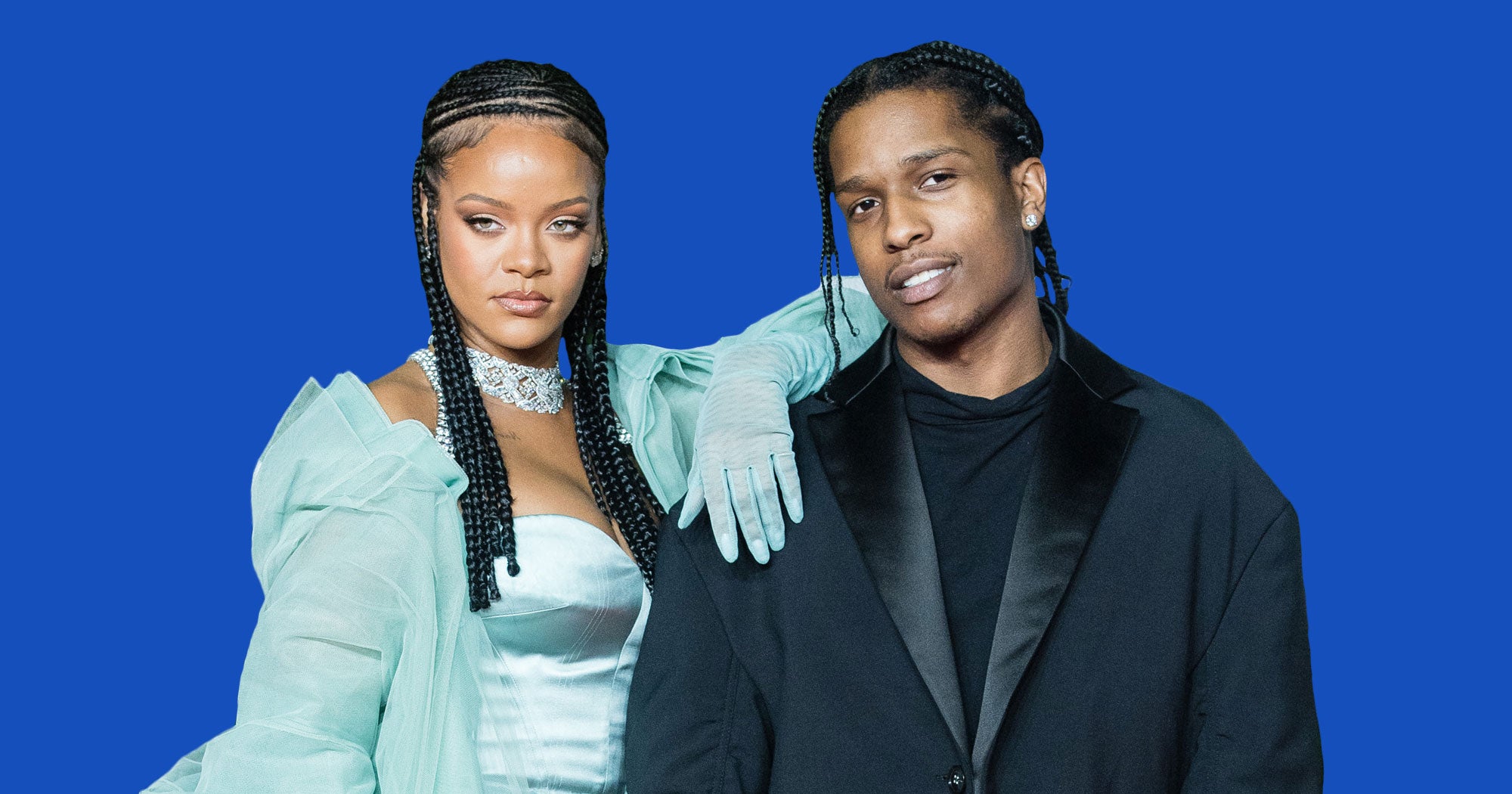 Someone had to shut these rumours down ASAP…

When Rihanna attended Yams Day 2020 a few weeks ago and was spotted having the time of her life with A$AP Rocky backstage, speculation began to circulate that the two of them were romantically involved. After all, they’d already been linked in the past after they were seen kissing off-screen while filming the music video for Rocky’s “Fashion Killa.” Though they both denied the rumours back then, a lot can change in 7 years. RiRi had also recently ended things with her Saudi billionaire boyfriend, Hassan Jameel, so all signs of a new Rocky romance pointed to yes.

These signs were loosely confirmed by The Sun on Wednesday, when the publication reported that sources had revealed that Rocky and RiRi “shared a hotel suite” after Yams Day. The source also claimed that, “they’re really enjoying each other’s company and taking things easy as it’s still early days. It’s really casual between them and she’s not thinking about whether there’s a future with Rocky. She’s a newly-single girl having fun.” The news that the Bad Gal and Flacko were reportedly dating had the Internet going crazy, some over what a beautiful couple they make, and others over their disappointment in having even less of a chance with Rihanna.

However, more recent reports have shut down this talk of an “A$AP RiRi” relationship of any kind. A different source spoke to E! News about the alleged couple, declaring that, “Rihanna is single,” and while she and Rocky are good friends, nothing more is going on. “She’s hanging out with ASAP Rocky, but she is not dating him,” the source confirmed. “They have a long history and she’s just having fun.” The insider elaborated on this, indicating, “she just got out of a long, intense relationship with Hassan. She wants to be single and isn’t going to jump into something.” Fair enough. Though Ri seems to be focused on living her best single life at the moment, there’s always a possibility that she and Rocky could get together in the future. Never say never.