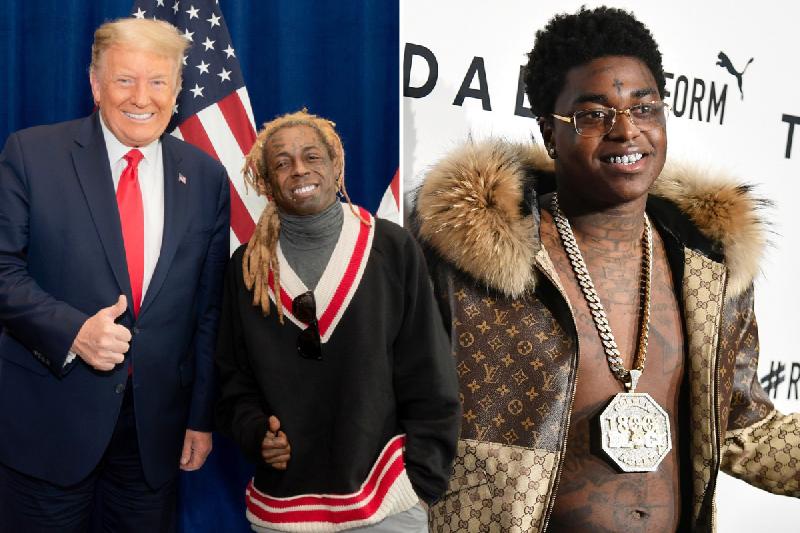 Despite the fact that his overly tanned ass should be in jail himself, it’s reported that Trump will issue another set of pardons the day before Biden’s inauguration.

There are many conversations being had about Trump’s final days in office, but his presidential pardons have caused quite the debate. We’ve already received rounds of pardons in recent months, and it’s being reported by Bloomberg that two rappers are up for consideration. Aside from potentially pardoning himself in upcoming days, the outlet states that Trump may issue release Lil Wayne and Kodak Black of their legal woes.

Recently, Lil Yachty and Baltimore Ravens star Lamar Jackson have asked for Trump to give Kodak a break, and just ahead of the November 2020 election, Lil Wayne tweeted a photo of himself smiling alongside America’s president. Last year, Kodak pleaded guilty to firearms charges and was sentenced to 46 months in prison. Prior to the new year, Lil Wayne pleaded guilty to possessing a firearm as a convicted felon stemming from an incident where he was reportedly caught with a firearm, cocaine, and opioids on a private jet.

It’s reported that Trump may announce his final decisions regarding his last set of pardons on January 19, one day ahead of President-Elect Joe Biden’s inauguration. Bloomberg also states that Trump’s lawyers are “vetting” options but are leery because they fear the reigning president’s choices could spell trouble for him in the future if his administration is accused of “obstruction of justice.”

What do you guys think about this actually happening? Makes sense why Wayne was trying to be all buddy buddy now, huh?