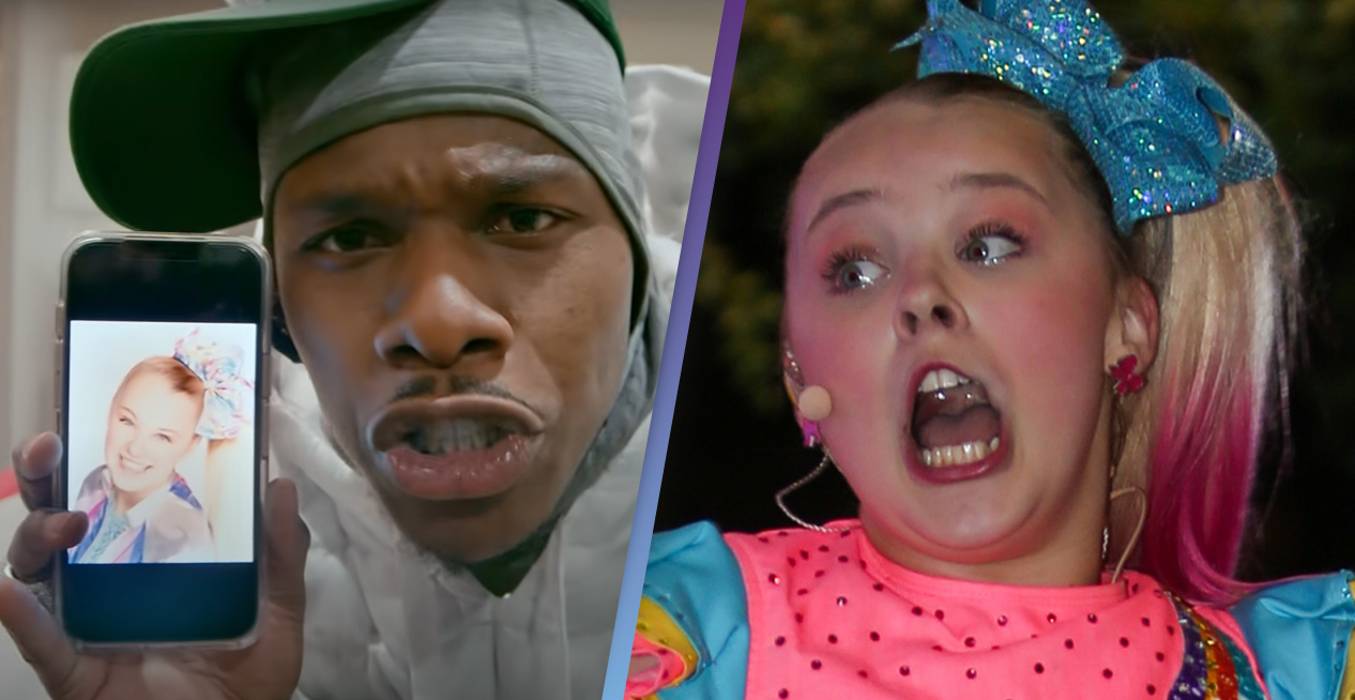 Here’s two names I bet you probably thought you’d never see together in a headline.

SpottemGottem’s “Beat Box” is one of the most inescapable records out right now. It’s been climbing up the charts, thanks to the success of its viral “Junebug Challenge” and its remix with Pooh Shiesty. People like Kevin Hart, Saweetie, and more have taken the challenge to new heights while a few of hip-hop’s top guys tackle the production.

The latest being DaBaby who initially previewed a remix to “Beat Box” on Instagram Live before unleashing the music video and song the day after. DaBaby tears up the beat up with punchlines and slick flows over the course of two minutes. However, it’s DaBaby and there are not too many things that he’s willing to hold his tongue about. For example, he gave Spottem Gottem a shout-out but didn’t fail to bring up the snitching allegations. “Shout out to Spottem We Gottem/ Even though he a rat but he shot ’em,” raps DaBaby on the record.

The line is mild compared to what some people are enraged about today. A clip surfaced on the Internet of one bar in particular from Baby where he seemingly mentions children’s YouTube personality, Jojo Siwa. Why? No one knows. Well, I guess the intention was a play on JoJo’s last name Siwa and “SEE WHY,” and DaBaby’s first name being Jonathan, but apparently that went over a lot of folks head and all they heard was JoJo’s name followed by the word b*tch.

A few people thought it was funny, many just chalked it up as clever word play, but DaBaby immediately found himself under fire for this one line in particular. Many thought it was weird that he would go after a 17-year-old while others compared her net worth to his, as well as their heights. According to Google, Jojo Siwa is 5’9″ while DaBaby stands at 5’7″.

Check out some of the funniest responses below and check out Baby’s “Beat Box” freestyle above. Do you think he was out of line for the line or are people just overreacting to wordplay in rap?

Jojo siwa is taller than dababy that's the tweet pic.twitter.com/bqxTSZN4Z8

someone said this was jojo siwa confronting dababy and i’m SCREAMING 😂😭 pic.twitter.com/ZPhZg7BTYx

jojo siwa when she catches dababy in the streets pic.twitter.com/8L1lOE8z4g

I need a backstory on why DaBaby called Jojo Siwa a bitch pic.twitter.com/fSX2AJktom

Can someone explain why DaBaby dissed JoJo Siwa? Is there beef we don’t know about? Is he mad his daughter likes Jojo’s music more than his? pic.twitter.com/ZFTNL2Q4Bc

He said “you a bitch, Jojo Siwa”…his name is Jonathan (Jojo) & he see why you a bitch lol.

jojo siwa on the way to record the dababy diss track pic.twitter.com/mXXTDqgUDE

DaBaby when everyone tells him that JoJo Siwa is a 17 year old white girl who’s on Nickelodeon pic.twitter.com/D4usAZ6W3b

what dababy gonna do when jojo siwa tell him stay in his bum ass place pic.twitter.com/ysTTbC0CcI